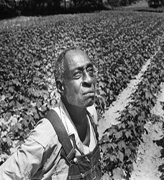 On Tuesday, the House of Representatives passed landmark legislation to fund claims filed by Black farmers who say that the U.S. Agriculture Department denied them loans and other assistance because of their race.

It was a bittersweet moment for John Boyd, Jr., president of the National Black Farmers Association, who observed the historic vote from the House gallery. “We won,â€ Boyd said wistfully. “But it’s been an uphill battle and the process has not been pretty.â€

The measure appropriates $1.15 billion to settle discrimination claims made by farmers who missed the 1997 filing deadline for the class action suit now known as Pigford I that was settled in 1999. It also includes $3.4 billion to compensate Native American farmers for the Interior Department’s mishandling of American Indian trust funds and land, gas and other royalties.

President Obama issued a statement applauding the bill and said the administration will continue efforts to resolve past discrimination claims made by women and Hispanic farmers.

Boyd feels like the biggest hurdle is behind him and already thinking about educating farmers about the claims process. But as even Agriculture Secretary Tom Vilsack conceded in a conference call with reporters on Monday, the next steps will be “very complicated and detailed.â€

To be eligible, claimants must have filed a late-filing request under the Pigford I consent decree after October 1999 and before June 2008, Vilsack said. Those not included on that filing class list will be required to provide “significant and independent documentary evidenceâ€ that they are in fact part of it.

“We’re also going to have a number of steps inherent in the review of these claims by the comptroller general and by USDA’s inspector general to make sure that we are performing the settlement process appropriately, that we are legitimately reviewing these claims, and that we’re paying those who are entitled to payment,â€ Vilsack said. An independent arbitrator also will be appointed to review all claims.

These provisions were added to the Senate version of the bill passed on November 19 in response to Republican lawmakers who have charged that the settlement is akin to reparations and that many Pigford claims are riddled with fraud. But some Black lawmakers are countering that they set a disproportionately high burden of proof for black farmers.

“I have concerns with language added in the Senate that could have a chilling effect on farmers settling claims. The Senate-added language calls for a ‘Neutral Adjudicator’ who has the authority to demand additional information from claimants, beyond what was required to qualify for the class action suit,â€ said Majority Whip James Clyburn (South Carolina). “I hope the unprecedented processes laid out in this bill do not become tools for witch hunts and intimidation.â€

Boyd says that the discrimination that led to the settlement was so pervasive that farmers won’t have any problems proving their case. “We have a lot [of proof] in our favor that Republicans choose to not recognize. They’re trying to turn this into a fraud case,â€ he said. “When things happen for blacks there’s always a tougher road to tread and this situation is similar.â€

Rep. Artur Davis (D-Alabama) believes that success of the process, which he agrees is less than ideal, will largely depend on the farmers securing strong representation and the government’s commitment to righting historic wrongs, which were problems during Pigford I.

“It’s better than nothing, but how well it works will depend on the quality of the claimants’ lawyers and whether they are diligently and aggressively representing the interests of the farmers and not their own, and whether the Agriculture and Justice departments are vigilant about the resolution of the claims,â€ Davis said.