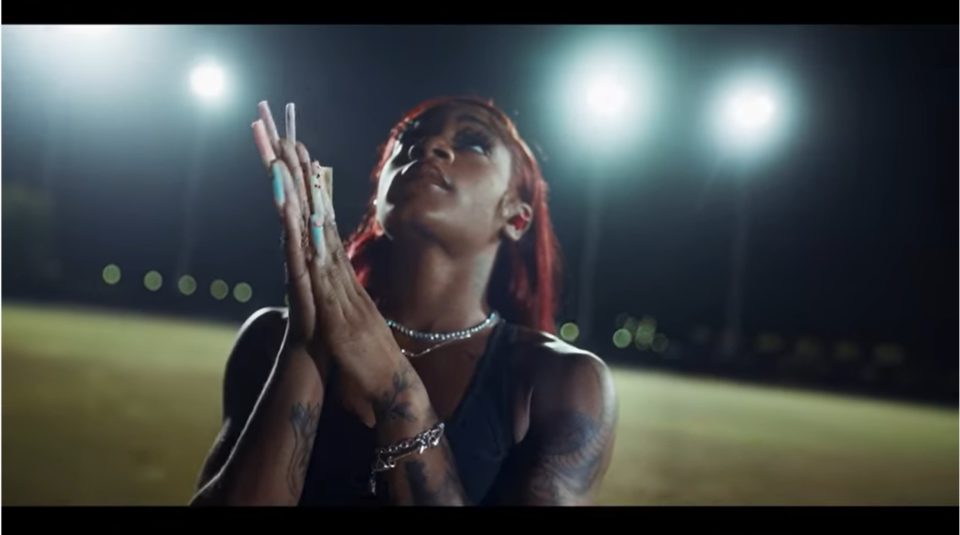 Sha’Carri Richardson might not be going to the Olympics but she’s got plenty of opportunities coming her way.

The track star is now the new face for Kanye West’s new song “No Child Left Behind” from his upcoming album “Donda,” which is slated to be released on Friday. Richardson is featured in West’s new video running the 100m in slow motion with red Beats Studio Buds earphones and her signature bright red hair.

West himself, scored and edited the minute-long Beats commercial, according to People.

Richardson posted an inspiring message to Instagram about her new gig:

“There will be ups and downs in life, but it’s important to remember to RUN YOUR OWN RACE. Love to @beatsbydre and @kanyewest for the support. Another commercial and another new Ye song dropping tomorrow! DONDA out on Friday! Let’s goo”

The tagline reads, “Love Your Truth.” West announced his “Donda” listening event which will be on Apple Music’s livestream on Thursday before the official release.

The Dallas native became a nationwide trending topic, with many in the Black community coming to her defense amid heightened public scrutiny over her marijuana use.

Richardson was considered one of the fiercest competitors to represent Team USA in the Tokyo Olympics when she had her opportunity snatched away after marijuana showed up in her system. The 21-year-old won the women’s 100 meters with 10.86 seconds at the U.S. Olympic for track and field in Oregon in June.

She owned up to her marijuana use and credited it to the recent passing of her biological mother.

Richardson’s suspension ends on July 28, but she was not selected by USA Track and Field to compete at the women’s 4x100m relay, starting on Aug. 5, Oregon Live reports.

Good to see her still rising!