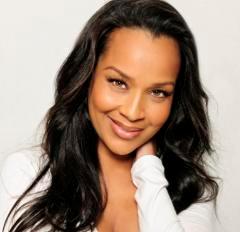 After what was a highly-publicized and drama filled divorce, actress and former First Lady of Turks and Caicos LisaRaye McCoy has made a comeback. Celebrating the second season of her TV One reality show The Real McCoy and her role on the Queen Latifah-helmed, VH1’s first scripted series, Single Ladies (debuting in May), theÂ  Chi-town native opens up about learning to forgive, why she’s not a “ghetto gold digger,” and the real business of love.

What can we expect during the second season of LisaRaye The Real McCoy?

There’s a lot of unfinished business that I’ll deal with, but there’s also a lot of growth. I spent a lot of time trying to figure out what my passion is and who I am. So you’ll see me getting to a better place in my life, being a mom and advising my daughter on her education and career as a plus-size model.

In the past couple of years what lessons have you learned?

I’m not afraid to admit that after all that happened during my marriage and divorce that I was feeling a little lost. I had to call on a higher power to help me figure things out and I am happy to say that I’m in a good place. Before I’d get angry every time I thought about it. After a year, I’m able to talk to Michael and appreciate the man he was to me because he gave me the best of the best in the beginning.

Do you two keep in touch?

We spoke a couple of weeks ago and that’s only because in the last six months I have truly moved on. If I keep dwelling on the past, holding a grudge I’m only hurting myself. We’re even able to laugh about some things now.

(Watch LisaRaye talk about marriage, money and divorce and how to handle it all.)

What has been the biggest stumbling block in your career?

My biggest challenge was getting back on the scene after serving as a First Lady of Turks & Caicos and finding out if I still had what it takes as an actress and figuring out where I belonged.

Do you believe you’ve found your rightful place in Hollywood?

I’m getting there. I have my reality show and now I’m starring in VH1’s first scripted series, Single Ladies, as Kisha Green, a former video vixen who has a history of dating men who can be her [financial sponsors]. She’s finally trying to give herself her own stability. Also in April PZI jeans will launch the LisaRaye collection which will start out with my signature color of white and off-white jeans.

It’s great to see you back on your hustle and grind after such a drama-filled divorce. How have you dealt with the aftermath and rumors?

I make it my business to stay abreast of comments–good, bad or indifferent– that are made about me so that if there’s a criticism about my character or work I can receive it and address it if necessary.

Has there been any gossip that has inspired you to take an introspection?

The one that I had to address was the idea that I am a ghetto gold digger. I did not grow up in the ghetto. I might have driven by the ghetto, but wasn’t raised there. Now what people see in me is an urban girl who is real and they identify with on some level. If speaking my mind unapologetically and honestly is considered ghetto then so be it. Regarding the gold digger label, when I said I’d been digging for gold since high school and I’m digging for platinum now I simply mean that every man and womanÂ wants to be with a winner. What’s important is that a woman and a man stand alone in spirit so when they come together they are powerful.

In retrospect, how would youÂ  have better protected yourself?

Honestly I wouldn’t change a thing. I had to go through this not just for myself but to save a country. I don’t think there was any other way to save a small country and people of a nation.

When it comes to balancing love and money, what advice do you have for women?

Marriage is a business partnership. It’s important to get to know his family and his financial history so when you make that legal commitment together you can be the best you can be. Always remember that you’re in a partnership but you’re still an individual soÂ  have your lord-have-mercy fund on the side because you never know what might happen in the future.

Have you reached your divorce settlement?

No, we had a prenup. But what I am owed will have to wait. The country is still going through so much so everything has been push back as they conduct investigations, make arrests. Tourism, which generated a lot of revenue, has suffered greatly.

Understood. What’s next for you?

I’m going to continue to pray and rebuild so I can work to be the best me.

For more Love & Money advice, be sure to read: