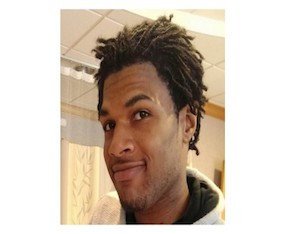 Speculation surrounded the former situation, as the public wondered aloud why a young man was carrying an air rifle sold at a local store. Now, in the wake of the two officers embroiled in the situation not being charged for any wrongdoing, a new surveillance video shows the moment Crawford was fired upon.

The video, which you can see below, was made available after protests from residents and family members demanded that it be released. The Crawford family later asked for a federal investigation to see if race was a factor in their son losing his life. On Wednesday, a grand jury determined that the two officers involved were justified in their actions. While police said multiple times that Crawford refused commands to drop the air rifle, according to the Dayton Daily News, the clip tells a different story. Obtained by the Xenia Daily Gazette, Crawford is shot almost immediately after police turn the corner and encounter him.

During the grand jury deposition, Special Prosecutor Mark Piepmeier told the Associated Press that Crawford picked up the air rifle, which had been taken out of a box and left on a shelf in the store, and walked around while on his cell phone when officers approached and shot him. Hours after the decision was made by the grand jury, the Department of Justice released a statement saying they were going to conduct an independent investigation.

Watch the video and offer us your own commentary on the situation below: