[WATCH] Tech Startups Were the Stars at CES 2016 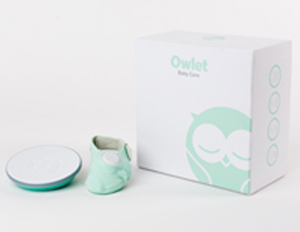 A very interesting thing happened at the The Bump Best of Baby Tech Awards ceremonyÂ at CES. A number of startups were competing against Fisher Price, a long-time and well-known name in baby products.

[Related:Â The Craziest Tech and Sights at CES 2016]

As I watched the presentation, I was surprised by how unoriginal a product Fisher Price had in the competition when compared to the virtually unknown startups that were also in the running.

What was Fisher Price’s entry? A soothing, rocking baby seat. It’s a newer version of the bouncy seats that kind of do the same, and not in any new or original way.

Fisher Price’s solution was banal, especially considering there were some really innovative products from companies I’ve never heard of. One had a baby car seat that has sensors to alert parents so that the child is never left in a car. Another, Nima, is a device that tests for gluten for people with allergies and sensitivities.

The winner of the “Audience Favorite” award was Owlet, a startup that makes a baby monitor that sends an alert if a baby stops breathing or has a high heartbeat. The monitor connects via Wi-Fi so it can send alerts to a smartphone. The monitoring is done through a bootie the baby wears.

Watching Owlet in action at the awards ceremony, it seemed a well-deserved win for the three-year-old company, which secured over $8 million in funding to date.

CES is, in a way, a tale of two tech cities. Major tech firms such as Lenovo, Intel, and Microsoft will usually rent out luxury suites at snazzy hotels, like the Venetian or even entire restaurants, to show off their latest tech and host meetings.

Meanwhile, on the show floor in the Sands hotel, hundreds of lesser-known vendors cram into spaces that have all the decorative charms of an airport hangar. And it was in these booths that the most exciting and innovative tech lurked.

Startups offered a vast array of tech devices and gadgets, including drones, robots, smart home products, and more. There were 500 startups at CES, an increase from the 376 in last year’s show.

Some of the other notable startups included:

Aiploy Vision, an app that allows the blind ‘to see’ through their smartphones: