WATCH: Women in NY on Sexual Assaults on the Subway - Black Enterprise 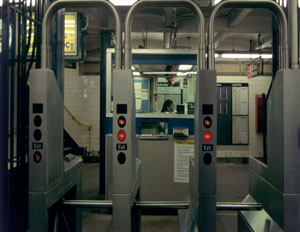 The NYPD is reporting the cityâ€™s subway crime rate is up 16.6% from last year, according to the Huffington Post (Image: Thinkstock)

In metropolitan cities across the nation, mass transit is a main form of transportation. Â Whether you’re a working woman trying to drop your child off at daycare before hitting the office, a job seeker rushing to an interview or even a student en route to your apartment after a long day, the train or bus system is a common go-to form of getting around town. The last thing you want to worry about is your safety, but it’s an all-too-common concern these days.

The NYPD is reporting the city’s subway crime rate is up nearly 20% from last year, according to the Huffington Post. Many of the attacks both inside (and outside) the subway have been sexual assaults. Shyane DeJesus, a 22-year-old City College senior, was assaulted at the 14th Street–Union Square Station around 9:50am late last month. While DeJesus leaned over the tracks to see if a train was approaching, her alleged attacker reportedlyÂ snuck up on her and rubbed against her thigh.Â  He went on to lift up her skirt and grope her. The courageous college student fought back–following him onto the No. 6 train, then punching him and snapping his photo. The incident made us think, how are women in New York City playing it safe these days?

BlackEnterprise.com ventured to the scene of the crime, asking women what they would do in a similar situation, how they protect themselves during their commute and what they have to say about the common notion that women have to be mindful of what they wear.

Check out what these New Yorkers had to say below, and then let us know: What smart ways do you protect yourself as a woman? Do you think that what a woman wears makes her more of a target?

Reporting and production by Janel Martinez; editing by Melissa Johnson