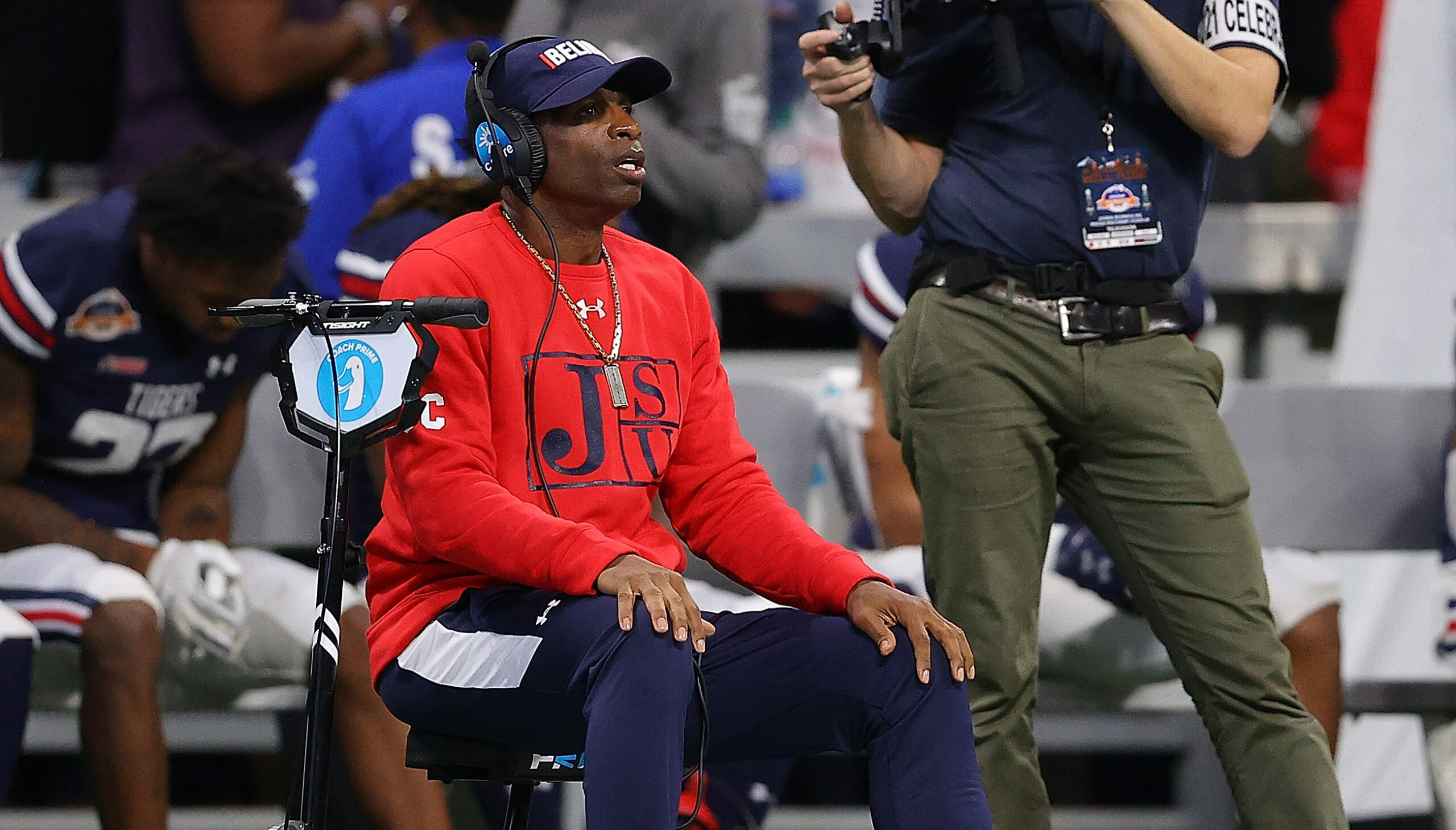 ATLANTA, GEORGIA - DECEMBER 18: Head coach Deion Sanders of the Jackson State Tigers looks on against the South Carolina State Bulldogs during the second half of the Cricket Celebration Bowl at Mercedes-Benz Stadium on December 18, 2021 in Atlanta, Georgia. (Photo by Kevin C. Cox/Getty Images)

With news of the Mississippi water system malfunctioning and leaving residents without reliable running water, the preparations for an upcoming game for Jackson State University’s football head coach Deion Sanders and his team are impossible, according to CNN.

The Mississippi Clarion Ledger reported that the Jackson State football team has to change course before Sunday’s Orange Blossom Classic this Labor Day weekend due to the emergency water crisis. The Tigers will face Florida Agricultural & Mechanical University (FAMU) this Sunday at 2 p.m. CT in Miami. Coach Prime is making arrangements for the team to stay in a hotel and finding a practice facility before the big event.

The emergency took a turn for the worse earlier this week as city officials stated that Mississippi’s largest water treatment plant was failing. Many businesses, as well as homes, have little to no water pressure. The officials have already informed residents and businesses that water from the faucets was not safe for consumption. More than likely, untreated water is coming out of the city’s reservoir.

The antiquated water system in Jackson has been in turmoil for several years. The crisis has remained for years because of the aging, inadequate infrastructure, and the lack of resources to maintain an operational structure.

“Until it is fixed, it means we do not have reliable running water at scale,” Gov. Tate Reeves said while appearing at an emergency briefing on Monday evening.

“It means the city cannot produce enough water to fight fires, to reliably flush toilets, and to meet other critical needs.”

Luckily, the crisis hasn’t affected other football teams in Mississippi. According to Dylan Foley, Belhaven’s sports information director, the game scheduled between Belhaven and Millsaps will continue to be held Thursday at 6 p.m. at Harper Davis Field.