LeBron and Savannah James Take Us Inside Their L.A. Mansion for Vanity Fair Cover Shoot 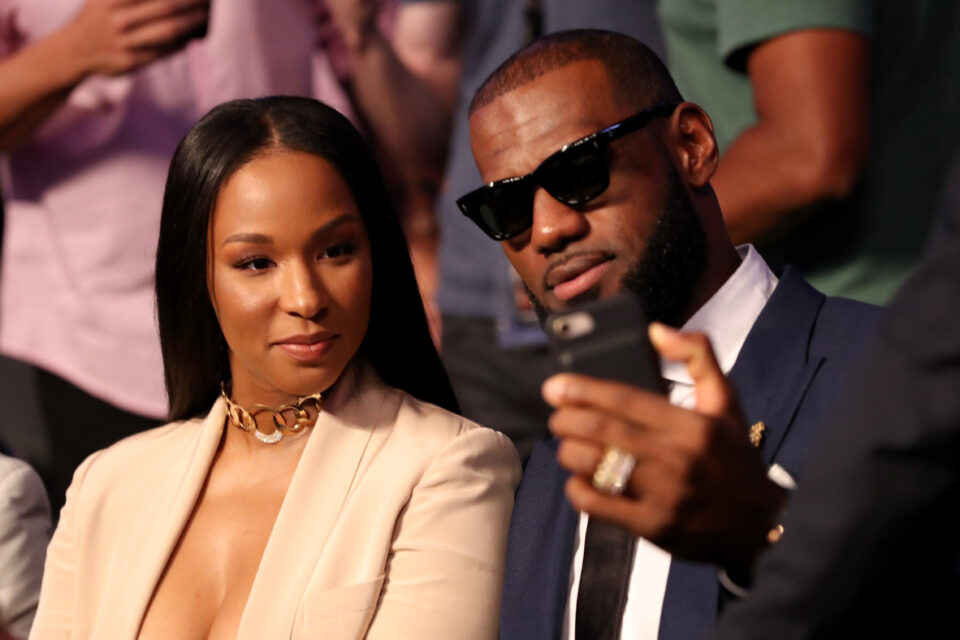 LeBron and Savannah James put their Black love on full display for their first-ever family photoshoot, captured by Vanity Fair.

The James gang pulled out a few designer labels, rolled out the Porsche, and even showed off a few of their talents while opening the doors to their Los Angeles mansion for the world to see. Bronny, 17, Bryce, 15, and Zhuri, 7, posed alongside their high school sweetheart parents for family photos embodying nothing short of Black excellence.

Savannah’s parents, Jennifer and JK, and LeBron’s mother, Gloria, made sure they were present for the debut family portraits that included luxury shots inside their lavish home.

“Excuse my language, but we a dope family.”

One photo shows the James family dressed in all Gucci, with Savannah pairing her sequined floor-length gown and feather boa with jewels from Van Cleef & Arpels, while LeBron sports his Tiffany & Co. and Patek Philippe watch.

Savannah gushed over her children and their promising futures. Bronny, who turns 18 next month is a standout on Sierra Canyon’s basketball team. Savannah says her eldest son is “getting to a place [where he will] start to make decisions about his career and where he wants to go in his life.”

Bryce is “the mystery of the family,” as he could go in any direction he wants in life, Savannah says of her middle child. But the 15-year-old has already started to draw fanfare with his height surpassing his NBA champion dad and receiving his first scholarship offer to a D1 league school despite being a high school freshman.

Zhuri is crushing it on YouTube with her lifestyle show, All Things Zhuri, which highlights the precocious 7-year-old practicing her hobbies like baking, yoga, and painting. In one Vanity Fair shot, Zhuri sketches her two brothers, who strike a pose for their little sister.

Savannah shared that she’s all about privacy and living your best life in peace.

“Everything isn’t for everybody,” she said.

But she wanted to share a piece of the amazing family dynamic that supports one of the greatest NBA players of all time ahead of his 20th season playing the game that made him a household name.

“Excuse my language,” Savannah said, “but we a dope family.”