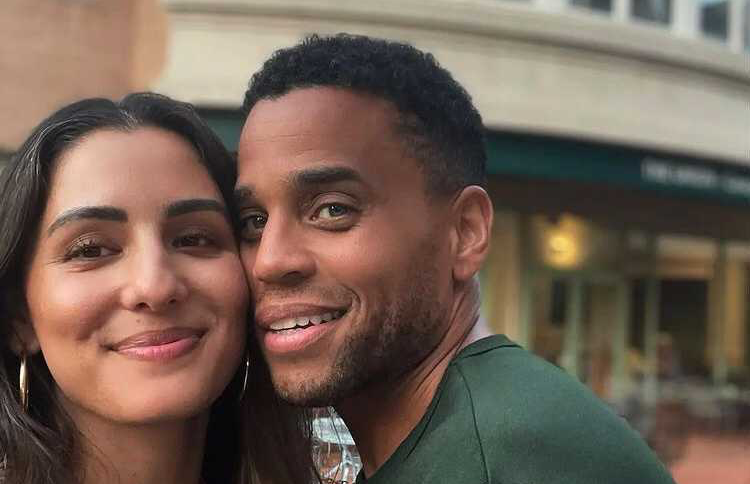 Actor Michael Ealy shared a touching moment with his wife, Khatira Rafiqzada, on Instagram in a tribute to her about the violence in her native Kabul, Afghanistan.

“My love,” his post begins. “This may have been one of the hardest moments I’ve ever witnessed for you. I’ve struggled to find the words about the situation in Kabul. I can only talk about what I see on the ground here.”

Ealy went on to share in Sunday’s post that Rafiqzada had two children and experienced postpartum depression with both. Though, “it simply can’t compare to watching your birthplace fall apart. I imagine this loss has a lot to do with the nostalgia of your childhood, and for that, I’m so sorry,” he said.

United States troops recently withdrew from Afghanistan, 20  years after they first landed in the country. Since the withdrawal, tens of thousands of people who were eligible to leave for other nations, including the U.S., are stuck in the country—which is now back under the control of the Taliban.

“I’ve felt your sense of loss, confusion, and hurt,” Ealy continued. “I’ve witnessed you crying in the corner alone just to gather yourself.”

He shared that his wife turned rooms in their home into “mini command centers” to do everything she can do to help — from sponsoring Afghan families to “bravely reaching out to any and all connections in an honest attempt to help families members left behind.”

“The devastation you endured the last few weeks has been undeniable,” Ealy wrote. “I pray that you have felt seen, heard, supported & free in your space here to be vulnerable and whatever else you needed. I’ve seen you try to put into words what this ALL means.”

Ealy said the worst part about their experience may have been watching his wife trying to explain the devastation to their son, Elijah.

“We love you and we are with u always,” he said. “People even reached out to me to check on you and some sent flowers! I’m grateful for all of their well wishes, thoughts, and prayers. For many of them, you were the only Afghan they’ve ever met.”

Ealy shared that he admires his wife’s “quiet strength,” saying he finds its “beautiful and beguiling.” He said that rather than overreacting on social media or with family, she educated herself then went to work.

“You’ve become an advocate and a quiet soldier who’s work may not ever been recognized by the masses but will continue to feed YOU in ways we may never understand.”
He ended with “We love you ❤️ we got u.”
Ealy and Rafiqzada, a former actress whose family fled Afghanistan at the age of 12, have been married since 2012. Rafiqzada’s family gained citizenship through sponsorship by Catholic Charities as victims of war.