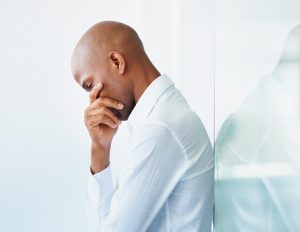 In the week before what is likely to be the most contentious presidential inauguration in American history, there was plenty of news about racism in the tech industry and technology used to perpetuate bias. This week, a report from Re/code highlights why Silicon Valley needs more diversity; Oracle is being sued for discrimination; BLM sends a digital SOS, and more news forms at the corner of racism and technology.

The LA Times reports the Labor Department filed a lawsuit against Oracle for Â its systemic practice of paying Caucasian male workers more than their counterparts in the same job title, which led to pay discrimination against female, African American, and Asian employees.â€

From Re/code: The underlying technology and software used for facial recognition technology has been shown to have problems recognizing black faces. “Speaking during a panel discussion on artificial intelligence at the World Economic Forum Annual Meeting this week, MIT Media Lab director Joichi Ito said it likely stems from the fact that most engineers are white.â€

The Guardian reportsÂ that “Facebook allows white supremacists to spread violent threats while censoring Black Lives Matter posts and activists of color, according to civil rights groups that called on the technology company to fix its “racially biasedâ€ moderation system.â€

Huffington Post reports that Black Lives Matter activists have created their own spin on Facebook’s “Safety Checkâ€ feature. “Unsafety checkâ€ lets you mark yourself unsafe as a black person in America.

In recognition of Martin Luther King Jr. Day, GeekWire reports on the opinions of seven black tech leaders and their thoughts on the state of diversity in tech. The consensus is that challenges remain, to say the least, and each offers his or her own remedies.