'Welcome To Walmart, [N-Word]': How Walmart's Official Email Called Millions Of Its Customers A Racial Slur 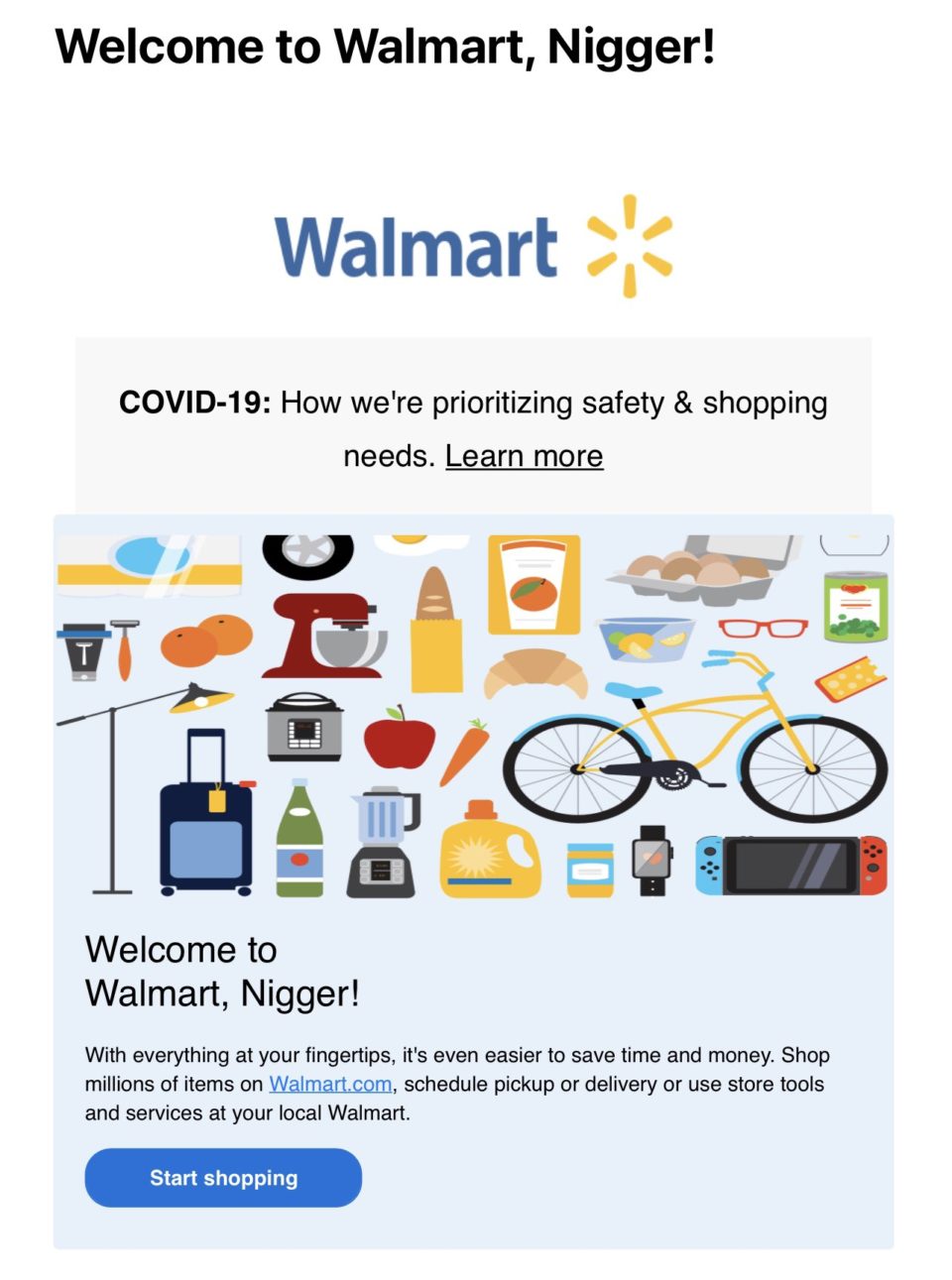 On Monday, potentially millions of people subscribed to Walmart’s official newsletter were greeted by the company calling them the N-word.

The subject reads the following: “Welcome to Walmart [n-word],” according to Click 2 Houston, part of KPRC, an NBC license TV station in Houston, Texas, reported.

Walmart has not disclosed how many customers may have received the racist email, but it was a trending topic on Twitter.

According to CNN Business, Walmart spokesperson Molly Blakeman said the company was not hacked but rather that there was “an external bad actor” who created a fake user account “with obvious intent to offend our customers.”

“We were shocked and appalled to see these offensive and unacceptable emails. We’re looking into our sign up process to ensure something like this doesn’t happen again,” Blakeman said.

Since May 22, the only recent tweet Walmart has made was regarding the #supermoon, which will not occur until June 24. This tone-deaf tweet has made some users question if Walmart’s official social media has been compromised as well.

Some who opened the email, especially those who identify as Black, said the email’s timing was suspicious considering that it happened on the first anniversary of George Floyd’s death.

“To think the world’s largest retailer could get hacked so easily and sent out some emails like that, it is a little unsettling,” Eric Hudson, one of many subscribers of Walmart, told Click 2 Houston.

On the positive side for Walmart, the company has been experiencing slow growth in business during the pandemic, according to the Motley Fool.

Related stories: A BLACK AND WOMAN-OWNED ICE CREAM BRAND IS NOW BEING SOLD AT WALMART