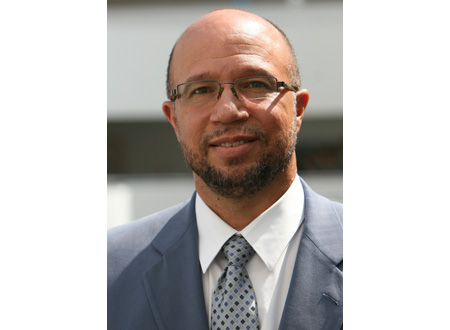 Prostate Cancer Screenings is not the best answer for every man, says Dr. Durado Brooks.

An informed business professional usually tries to weigh pros and cons before making a decision, and the American Cancer Society advises that men do the same when it comes to prostate cancer screening. The disease is the most diagnosed deadly cancer for all men, but the death rate from prostate cancer for black men is two times higher than that of white men, and the highest among all races.

Although African Americans should consider this information when deciding whether to screen for this cancer, the choice is not cut-and-dried.Â  Dr. Durado Brooks, director of prostate and colorectal cancers at the American Cancer Society, talked with the Wellness Insider to offer some insight in light of the organization’s update of its early detection guidelines.

Prostate screening isn’t for everyone and it isn’t perfect. One European study, published in 2009, showed that the PSA (prostate-specific antigen) blood test may save lives but there is conflicting research. “PSA tests are not right for every man though they’ve long been promoted that way,â€ says Brooks. “The decision to screen for cancer should be made based on [a man’s] preferences and values. Some men want to know anything and everything wrong with their bodies, so the PSA may be good for them.â€

Not all prostate cancers need to be treated. “The idea of having cancer and not treating it creates cognitive dissonance. It’s hard for people to wrap their heads around,â€ Brooks says.Â  Because of our impression of cancer, patients — and sometimes their doctors — are reluctant to leave it untreated, he says. A man with no symptoms who is of advanced age (who has a life expectancy of less than 10 more years) or who has a life-shortening medical condition should not be screened.Â  Treating the disease could be more of a health threat than leaving it alone.

There is an alternative to surgery or chemotherapy. Although some newly diagnosed cases are advanced to a point where they clearly warrant treatment, “in many cases it’s not clear whether the cancer will be aggressive or slow-growing,â€ Brooks says.Â  “Active surveillance has grown in the U.S., but it’s still used relatively infrequently.â€Â  In active surveillance, physicians keep watch on the cancer to gauge its progress.Â  Men who are in fragile health or who don’t want to live with the side effects of treatment might choose this alternative. When it comes to prostate cancer, the picture is blurry, Brooks says. Nevertheless, “I’m confident that over the next decade, we will have some answers.â€