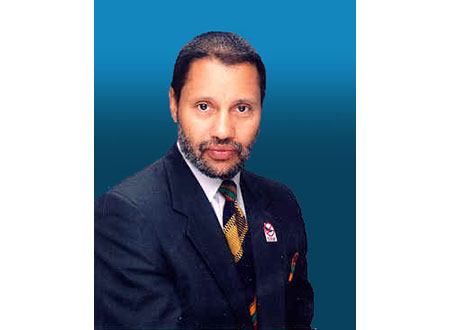 Mental illness is often a silent disease that people deal with privately. However, it is not uncommon for a psychiatric disability to negatively affect an employee’s performance at work. If an employee suffers from depression, anxiety, trauma, bi-polar, schizophrenia or any of a multitude of disorders, he or she may be limited in their ability to function at work.

BlackEnterprise.com spoke with Dr. Carl Bell, president and CEO of the Community Mental Health Council in Chicago, Illinois. Bell, also a clinical professor of psychiatry and public health at the University of Illinois’ School of Medicine, has practiced psychiatry for 30 years. In this interview with the Wellness Insider, Bell explains how the Americans With Disabilities Act can help people thrive in their occupation despite their disability.

What information do you need to reveal to your employer?
This is a very dicey issue as it is illegal to discriminate against the mentally ill by not hiring them or by not making special compensations for them in the work environment. If a mental illness does not interfere with someone’s work performance, it is not their employer’s business.Â  However, if having a mental illness prevents someone from performing their job, then their employer does not have to keep them employed.

When should you reveal to your employer that you have a mental illness?
If you admit to having a mental illness before you are hired, the employer may break the American Disabilities Act law and not hire you, but then you would need to prove that.Â  Clearly, if you are on a job and there are conditions on the job that exacerbate the symptoms of your mental illness, you should let the employer know and they should make some accommodations for you, depending on the nature of the problem.

Should you request that your employer make certain accommodations for your illness?
Depending on the nature of the problem, the employer needs to make accommodations [for people with disabilities].Â  For example, we had one employee who was allergic to some Xerox chemicals so we had to move her office away from the Xerox machine. Similarly, if someone was a typist but had a social phobia and their office was in an area where there was a lot of interaction with the public, it would be legitimate to request an office where there was less public exposure.

What other special accommodations could be made for individuals with depression, serious mood disorders, or anxiety?
There may be a need to allow the person to go for therapy sessions during the work week. More importantly, [employers should cultivate] a workplace environment where people are accepted for who they are and encouraged to flourish. (Editor’s Note: For a list of reasonable accommodations visit the Center for Psychiatric Rehabilitation at Boston University).

Under what circumstances could a person with a mental illness be let go?
If the core nature of the job was to interact with the public and a person had a social phobia, this problem would prevent them from being capable of doing the job and they could be legitimately let go–not due to the disability or mental illness but due to the inability to actually do the job.

Aside from human resources, do other employees need to know about an employee’s mental illness?
No one else should be privy to such personal and confidential personnel information. Potentially, a supervisor should know, but again, this is a huge judgment call.Â  Simply having a mental illness is no reason to make it public. The issue is can the person do the job. That’s all.