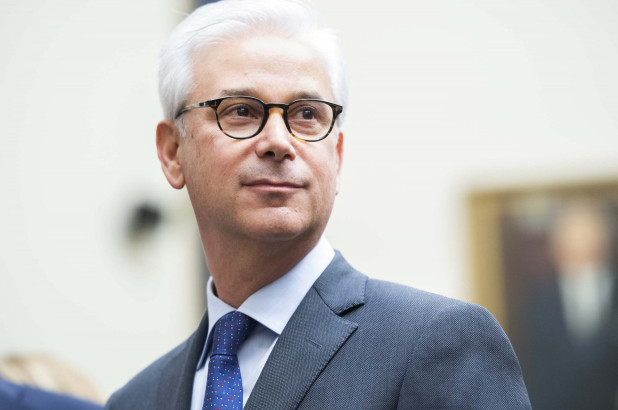 Wells Fargo CEO Charles Scharf told several Black employees during a Zoom meeting earlier this summer that the bank had trouble reaching diversity goals because there were not enough qualified minority talent.

Two participants in the meeting told Reuters Scharf made the same comment in a company-wide memo on June 18 that announced diversity initiatives.

“While it might sound like an excuse, the unfortunate reality is that there is a very limited pool of Black talent to recruit from,” Scharf said in the memo, as reported by Reuters.

Scharf’s comments irritated some Black employees of Wells Fargo according to the two employees, who spoke on the condition of anonymity because they feared repercussions. Black executives across the country have said they are frustrated by claims of a shortage in Black talent, adding the excuse is a major reason why companies have a problem finding them.

“There is an amazing amount of Black talent out there,” Ken Bacon, a former mortgage industry executive who is on the boards of Comcast Corp, Ally Financial Inc., and Welltower Inc. told NBC. “If people say they can’t find the talent, they either aren’t looking hard enough or don’t want to find it.”

The Black Lives Matter movement has shined a light on the lack of Black men and women in corporate offices. Black Americans made up just 10% of new director appointments in the Fortune 500 last year while being 13% of the U.S. population, according to a 2020 report from executive recruiting firm Heidrick & Struggles.

Lauren Holland, the chair of Wall Street Friends, told NBC she has more than 8,000 members in minority communities and has sent out more job posts in the last two months than in the last five years.

“I literally get emails every single day from people asking to be added to our list,” she said. “The talent is there. It’s just a matter of the firm accessing it and connecting with it.”

Despite the backlash, some attendees were not offended by what Scharf said.

“The meeting was incredibly constructive… I walked away being incredibly surprised at how genuine and sincere he is,” Alex David, president of the Black/African American Connection Team Member Network told NBC News.

Some experts believe one of the reasons corporate offices lack diveristy is such jobs are often filled by those who’ve managed businesses, while people of color tend to be stuck in roles that do not have a direct connection to profits.

Scharf “is committed to deep and systemic change to increase diversity and has held several forums where there has been candid conversation and unfiltered feedback,” Richek said in a statement.