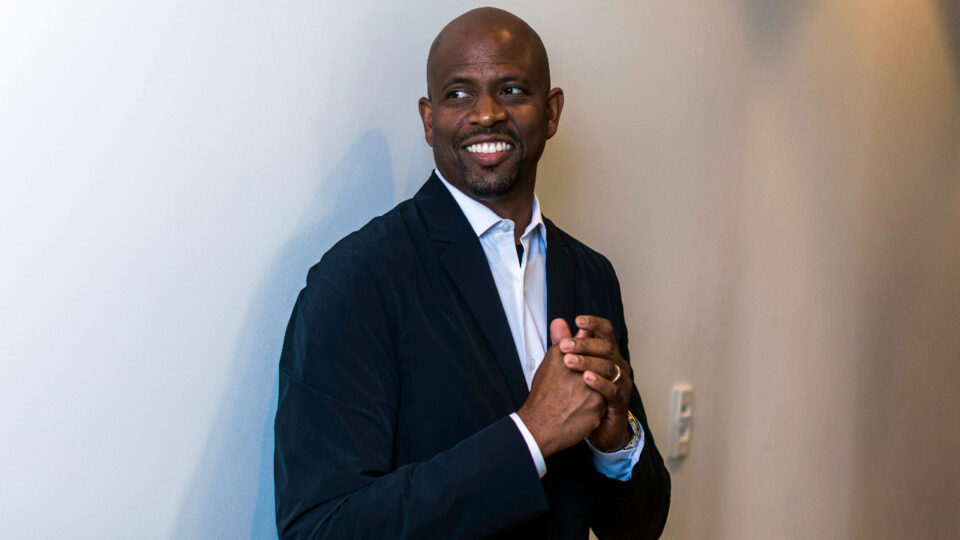 The Original Tee Golf Classic (OTGC) makes a triumphant return on Sunday, July 24 after being on hiatus due to the COVID-19 pandemic. This week’s event marks the 23rd year, and will take place at the Crystal Springs Resort and Wild Turkey Golf Club in Hamburg, N.J. The premier celebrity/amateur and professional African American golf experience will honor NBA legend Alonzo Mourning, as dozens of celebrities and executives will be on the green.

This year’s sponsors include the NBA, Nike, PGA Tour, LPGA, Madison Square Garden Sports, Titleist, Delta Airlines, and Pepsi, among others, to support this longstanding event. With names like John Starks, Alex Thomas, Anthony Anderson, Hisham Tawfiq, JR Smith, Rosie Perez, and Roland Martin, it seems like it is the place to be and network.

Wendell Haskins, who started the event in 2000, launched the OTGC to intersect the worlds of golf, business, fashion, and entertainment. OTGC is also a culture club that amplifies inclusion in golf by preserving the history of the game’s diverse Black pioneers and celebrating other iconic golf enthusiasts who are ambassadors of excellence.

OTGC has been around for over 20 years and marks its return after a brief hiatus. What was its original purpose, and how do you feel OTGC coming back will affect supporters?

I actually did smaller versions of the OTGC in South Florida for the two down years, but this is the first year back to our traditional venue with our family of patrons and supporters since 2019. I created this event to start an annual tradition that recognizes and celebrates Black culture in golf. I wanted to pay homage to the Black pioneers and celebrate our love for golf. I wanted to influence future generations of people to know about the accomplishments of Black people in golf pride and respect. The people who have attended the OTGC over the years look forward to returning because it educates, entertains, and inspires in a way that no other golf event does.

Why did you choose NBA Hall of Famer Alonzo Mourning for this year’s honoree, and who else can we anticipate participating in this year’s event?

I chose Alonzo Mourning because he is a great champion, humanitarian, and philanthropist who cares about the Black community. Alonzo is a servant leader. He’s also a friend and golfer who loves the game and is an ambassador in his own right. I wanted the opportunity to thank Alonzo for the significant role he played in Charlie Sifford receiving the Presidential Medal of Freedom. When I worked for the PGA, I asked Alonzo if he would take the idea to President Obama, and he did. He then relayed to me what needed to be done, and I was able to get it done thanks to Alonzo’s leadership. He helped make golf history, and I’m forever grateful he did that for Charlie Sifford. This year you can expect to see Anthony Anderson, Roland Martin, John Starks, Alex Thomas, Victor Cruz, Michael Ralph, Hisham Tawfiq, Sadena Parks, and many more inspiring people from just about every industry you can think of.

You’ve worked in various roles in the entertainment and sports industries, including marketing, promotion, diversity, inclusion, and equity. What led you down this path?

My father was my biggest influence; he loved sports, education, and equality for Blacks, so I was raised with those values. He was a lifetime National Urban League (NUL) executive, so I was heavily influenced by the NUL leadership and its mission throughout my life. After college, I was introduced to the music business by my sister and took advantage of the opportunities that developed as a result. When I picked up golf, I created my own golf tournament that celebrates Black culture, and I wanted to bring all of my values and entertainment expertise to a sport and industry I felt desperately needed it.

Whites still dominate golf. How do you use your connections and relationships with entertainers and athletes to promote diversity and inclusion in the sport?

Entertainers and athletes love golf, and they want to see more Black kids playing the game and be set up to succeed. They also have high visibility, reach, and influence, so they can be great advocates and ambassadors for golf. I have leaned on some of my relationships to get messages across, such as Alonzo Mourning appealing to President Obama for Charlie Sifford, Chris Paul doing a commercial promoting PGA Professionals, Steph Curry being a golf ambassador for PGA Jr. League Golf, and even Lee Elder getting to be an honorary starter at the 2021 Masters before he died. All of those monumental achievements in golf happened because of my relationships in sports and entertainment.

What suggestions do you have for those who are trying to penetrate through racism and bias while working within the constraints of corporate America?

I would suggest that you prepare yourself in every way possible to be who you want to be for yourself, whether it’s entrepreneurial or inside corporate America, arm yourself with knowledge and skills that sustain you, and always give you options.