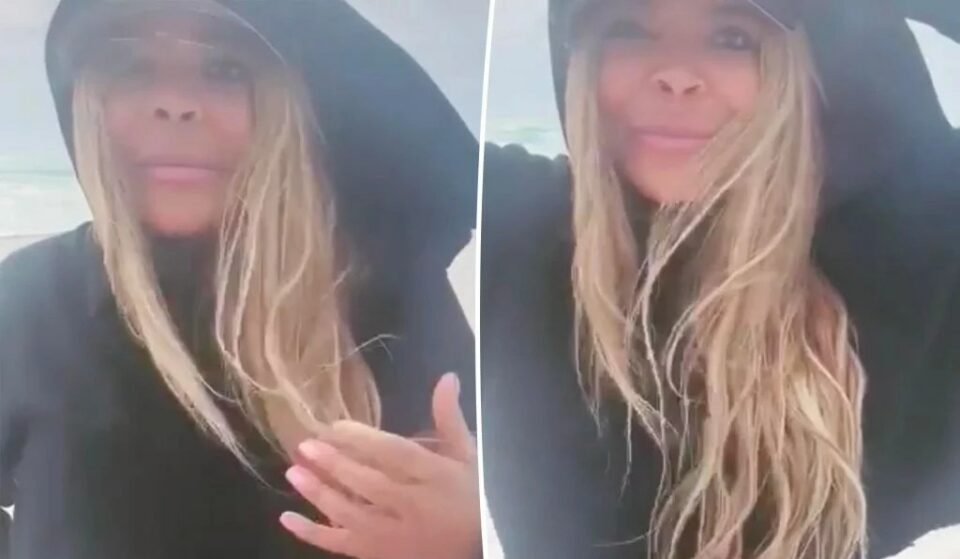 Did talk show host Wendy Williams recently emerge on social media to address her fans and combat her bank’s claims that she’s of “unsound mind?”

On a newly created Instagram account, Williams walks on a beach with the wind blowing through her hair. She is in Florida, and her son, Kevin Hunter Jr, is filming the video.

But while some outlets are reporting the video as new because the Instagram account is new, Williams clearly says she’s 56 in the video when she’s 57 and has a birthday coming this July.

However, her publicist pushed back on that claim, telling Page Six the famed talk show host just “misspoke.”

Williams talks on video with her son, at times tongue-in-cheek, as she walks on a beach, blonde tresses blowing while opening up about how she’s taking a break from the hustle and bustle of New York City.

But, in the comments section, many people doubt that the video is current. Others have also stated that she mentions visiting her mother, but her mother passed away in December 2020, according to some people leaving comments.

It is also speculative when this was filmed as there is no mention of any recent news regarding her. There is no mention of Wells Fargo holding on to her money, nothing about Sherri Shepherd becoming a “permanent guest host” for this upcoming season. No talk of the health issues she has encountered over the last year.

The New York Post reports that her publicist gave a statement:

“She thanks everyone who has been patiently awaiting her return and believes that, thanks in large part to the love and support of her son, her family, her new team of doctors and a change of scenery, she is on the mend.”

Earlier this week, it was reported that the 57-year-old filed an affidavit with the New York Supreme Court for a temporary restraining order against Wells Fargo, according to The New York Post.

Her former Wells Fargo financial adviser, Lori Schiller, was fired due to alleged misconduct involving her accounts and claimed Williams was “of unsound mind.”

Williams has not hosted her daytime talk show for almost a year since—July 2021. News of her requiring guardianship emerged as the future of The Wendy Williams Show host remains in limbo.