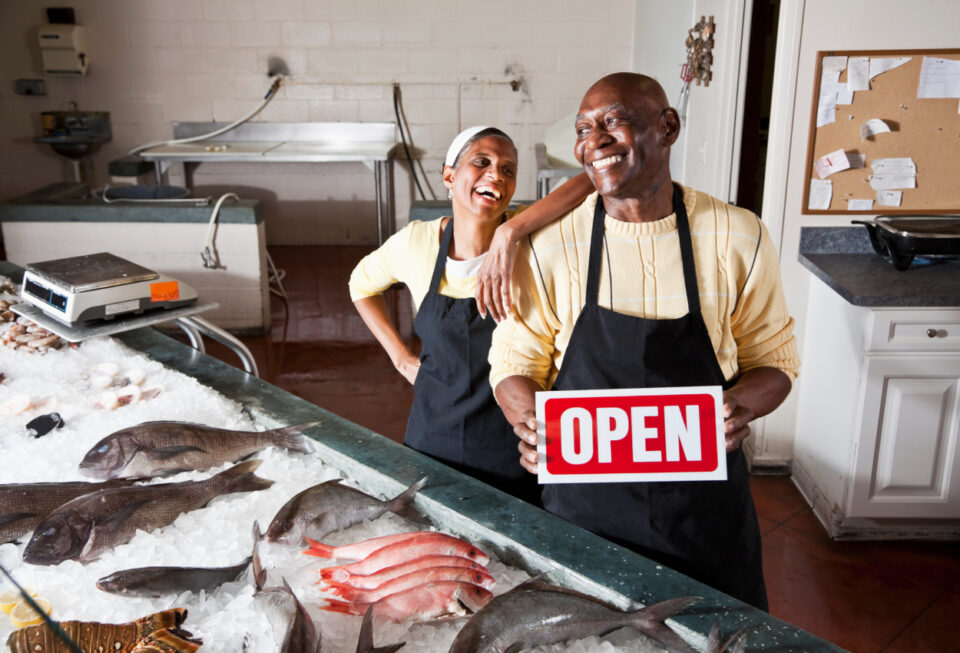 (Imge by kali9 via iStock)

The value of entrepreneurship has long been a major influence in the Black community, making it an essential contributor to the nation’s economy.

Simultaneously, recent forces like the devastating impact of the pandemic and ongoing socioeconomic battles like lack of access to much-needed capital to open or expand ventures have made it extremely challenging for Black entrepreneurs trying to advance in the highly competitive business mainstream.

Now, this month represents National Black Business Month. This historic annual event provides a chance for consumers and proprietors to not only support Black businesses but provide them a platform to grow their enterprises and build wealth for current and future generations of African Americans.

According to 2018 data from the Annual Business Survey and Non-employer Statistics by Demographics, there were more than 3.2 million Black-owned U.S. businesses employing over 1.18 million workers, based on figures provided by the U.S. Small Business Administration. Some 19.4% of employer firms in 2019 were minority-owned, totaling about 1.1 million firms, and 2.4% were Black-owned.

Geared to help overcome hurdles, the roots of National Black Business Month stem back to 2004 when August was designated as such by two Black entrepreneurs, engineer Frederick E. Jordan and John William Templeton, president and executive editor of eAccess Corp., a scholarly publishing company. Jordan was bound to showcase and encourage Black business owners like himself after enduring major obstacles, BLACK ENTERPRISE reported.

The duo aimed to “drive the policy agenda affecting the 2.6 million African American businesses, to highlight and empower Black business owners all over, given the unique challenges faced by minority business owners, according to National Business Today. That included Jordan’s “personal experience of struggling to gain financial support and funding when he started his business in San Francisco in 1969.”

However, the history of Black entrepreneurship can be traced back to the late 1700s — when free and enslaved Black people opened small businesses like barbershops and tobacco outlets, National Business Today reports. It stated the number of Black-owned firms rose with emancipation and then, despite the times, grew during the early 20th century.

“From 1900 to 1930, the period was known as the ‘golden age’ for Black-owned businesses. Segregation helped nurture Black-owned districts, including Black Wall Street in Tulsa, Oklahoma.”

There were other pivotal time frames reflecting the spirit of Black Business Month. One was the founding of the National Negro Business League in 1900 by the iconic Booker T. Washington. Now called the National Business League, the organization calls itself America’s oldest and largest trade group for Black businesses. Another stellar moment was the launch of BLACK ENTERPRISE more than half a century later. In August 1970, the late Earl G. Graves, Sr., published the magazine’s first issue. It served largely as a guidebook for Black entrepreneurs seeking to launch and grow their companies.

Four years ago, BLACK ENTERPRISE celebrated the 45th anniversary of its roster of the nation’s largest Black-owned businesses — The BE 100s. The tribute included 45 milestone moments, illustrating the broad impact on Black business and economic development and American industry over four decades. It featured some game-changing entrepreneurs and disruptors. Among them: Arthur G. Gaston, the late founder and chair of BE 100s financial institutions Citizens Federal Savings Bank and Booker T. Washington Life Insurance Co., and the late Reginald Lewis and TLC Group’s acquisition of Beatrice International Foods in a $985 million leveraged buyout, creating the first Black-owned business to pass the billion-dollar revenue threshold.

Nationwide Insurance, among the nation’s largest financial services companies, too, has been at the forefront of driving Black business development and advancement. In addition to its sponsorship of the Black Enterprise Entrepreneurs Summit, the company has been cited across corporate America for expanding business opportunities and increasing procurement dollars to MBEs as a major thrust of its diversity, exclusion, inclusion (DEI) efforts.

“The key idea of National Black Business Month is redirecting a small portion of our individual spending would dramatically increase the sales of Black-owned businesses,” Templeton stated previously in BLACK ENTERPRISE.

Observers say it’s crucial consumers and business owners support Black business owners during the month for several other reasons. For instance, more than ever, patronage is needed as many Black firms are rebounding from the pandemic and have experienced a tougher time doing so than other groups. In fact, some 53% of Black business owners saw revenues fall by 50% or more since COVID-19 became a widespread concern, versus just 37% of white business owners.

Others add that backing is needed due to systemic racism throughout the nation, and Black businesses need assurance they are not fighting those conditions alone. Moreover, such advocacy and consumerism promote diversity and inclusion as Black businesses tend to hire more diverse employees and invest in their communities.

It too has been estimated Black entrepreneurs can earn over 10 times more than non-Black business owners, helping trim the racial wealth gap and promoting economic balance.