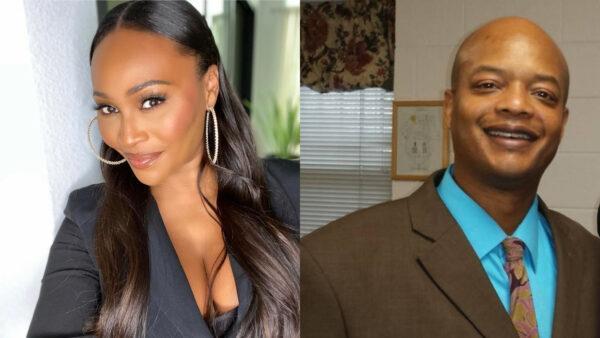 Cynthia Bailey thought she left the drama behind on The Real Housewives of Atlanta, but the reality star recently went at it with Todd Bridges on Celebrity Big Brother.

Thursday’s live feeds revealed an epic showdown between the Different Strokes star and veteran supermodel. While the cameras didn’t capture the actual fight, audio from the bathroom picked up Bridges and Bailey hurling F-bombs at each other, Heavy reports.

In the distance, fellow housemates Lamar Odom, Chris Kirkpatrick, and Shanna Moakler listened to the drama play out.

After joining Odom and Kirkpatrick in the other room, Bridges continued to vent.

Bridges explained to Kirkpatrick and Odom that the fight started over his decision not to vote for Bailey to stay. On the chopping block to be sent home, Bailey felt pressure over the reality of being voted out.

“Here’s the thing, she cut my throat,” Bridges said about Bailey voting to save her alliance member and fellow housewife, Teddi Mellencamp, over him.

Bailey’s husband, Mike Hill, was quick to sound off on Twitter about Bridges’ hurling obscenities at his wife.

Fans of the show hopped on Twitter to pick sides in the feud.

“Todd is being such a toddler,” said one person. “All that for what? Cynthia > Todd. On every level,” one user said.

“Now what did Todd do all season besides fart and piss people off? But he wants to raise his voice at Cynthia” added someone else.

Now what did Todd do all season besides fart and piss people off? But he wants to raise his voice at Cynthia #CBBUS3

Bridges was noticeably absent from the show highlights Bailey shared in an Instagram post promoting the show.

With only the live feeds catching the aftermath of the argument, fans won’t know what went down until the episode airs on Friday.