What the Wage Gap Does to Women As They Grow Old 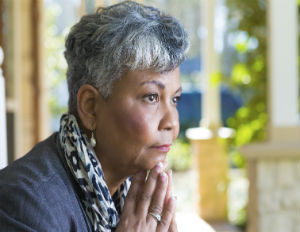 We all hear discussions about the income gap between men and women, but far too often we don’t think about the long-term ramifications.

A study by the National Institute on Retirement Security (NIRS) finds that women age 65 and older are 80% more likely to be impoverished than men, while those age 75 to 79 were 3 times more likely to fall below the poverty line than their male counterparts.

“It is well documented that the nation faces a retirement savings crisis, but the pain is particularly severe for women because we need a bigger retirement nest egg than men thanks to our longer life expectancy,â€ saidÂ Diane Oakley, NIRS executive director and report co-author.

“This new data is troubling–it shows that a woman’s nest egg is substantially smaller than a man’s and that we’re not making real headway toward closing the retirement gender gap,â€ she adds.

In addition, more years out of the workforce for childcare and eldercare impact women’s ability to save for retirement and build funds in social security.

Financial experts say the financial realities facing women mean they have to take extra care with their financial lives.

Take a look inside: “Women have to start by having a discussion with themselves and a financial professional about their goals. They need to put their goals in writingÂ and be willing to commit to them,â€ says Barnes.

Create a budget: Identify your income and expenses and write them down. You can use financial planning software or apps. “This will allow you to determine the disposable income you can put away each month,â€ says Barnes. “In order to create wealth, you have to start with a plan; take small, concrete steps toward financial security. Pay yourself first, then determine what disposable income is available for saving and investing options.â€

Get more out of your money: Investigate investment options such as mutual funds, stocks, and bonds as an alternative to the traditional savings bank. You can find out more about mutual funds on sites such as Morningstar and Google Finance. “The amount a person invests is going to depend on their personal circumstances, needs, risk tolerance, etc., but the most important thing is to start growing something for yourself.â€