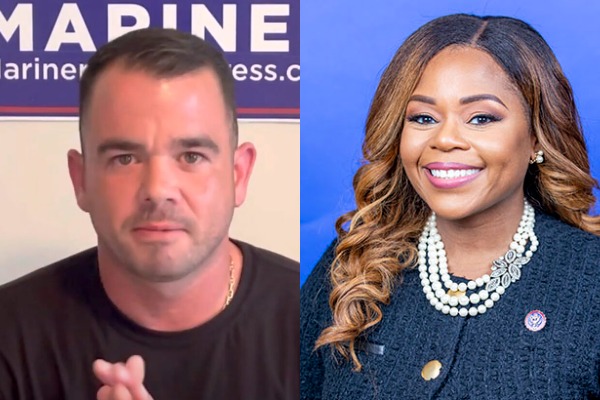 However, Mariner has refused to concede to Cherfilus-McCormick, the first Black woman to represent the predominantly Democratic district.

A few hours before the polls even closed on January 11, Mariner filed a lawsuit claiming there were issues with the ballots in Palm Beach and Broward counties.

“And we’ll also have some stuff coming out that we’ve recently discovered,” he added.

“Well, this wouldn’t be my first time running against an opponent who is refusing to concede, so it’s not our first time, and at the end of the day nothing can stop the motion,” she said.

When making her acceptance speech, Cherfilus-McCormick cited her Florida upbringing by immigrant parents and her past struggles as a single mother.

“No one thought that a little girl like me that was growing up in the district who was raising a daughter by myself at a time would ever be here, so it means so much to be here,” she said. “The daughter of immigrants who watched my parents’ night and day as taxi cab drivers and a maid, but we made it.”

“We were knocking on doors. We employed the people–most of money went towards stimulating the economy and believing in the people,” she continued.

Mariner is the latest Republican to not formally concede after losing an election, MSN reported. Candidates unsuccessful in their races aren’t legally bound to formally concede.

This was displayed by former President Donald Trump during his 2020 loss to Joe Biden. Despite Biden’s 306-232 Electoral College victory over Trump, he has refused to concede and continues to make it a talking point at his rallies ahead of the 2024 election.

Elsewhere, Republicans across the country have been working to implement voting restrictions in an effort to prevent what happened in 2020 from happening again.