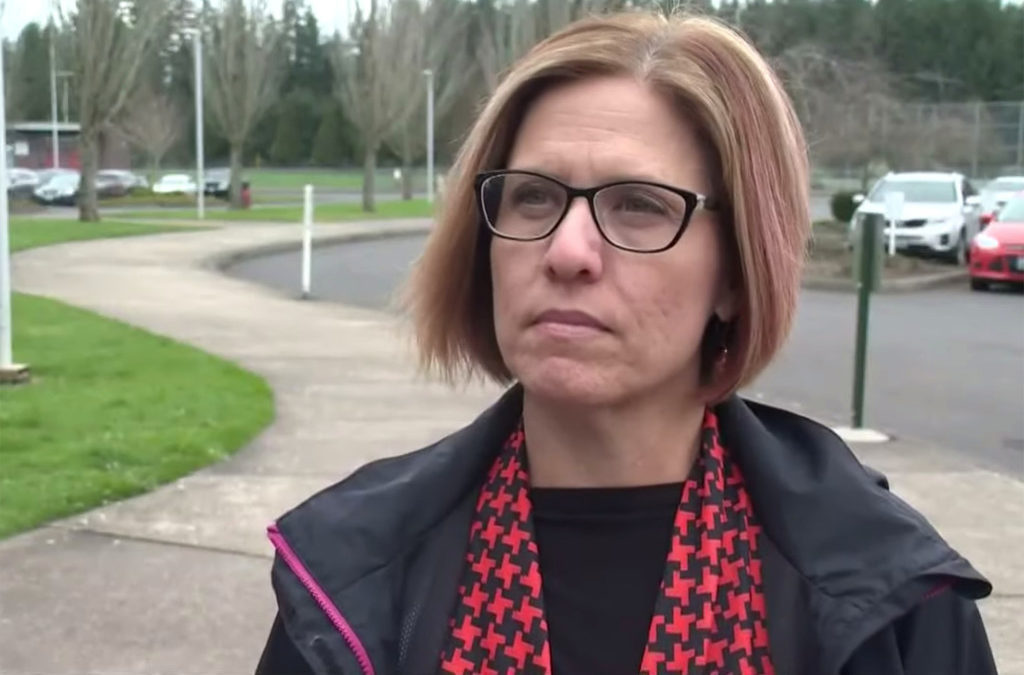 A Washington state high school principal who called former Los Angeles Laker Kobe Bryant a “rapist” on her Facebook page on the same day the NBA legend died in a helicopter crash has resigned, according to CNN.

The post, which was deleted an hour later, said “Not gonna lie. Seems to me that karma caught up with a rapist today,” Liza Sejkora, now-former principal of Camas High School in Camas, Washington, resigned Friday, after being placed on leave. According to KGW8, she wrote a letter to the parents and students of Camas High School:

You may be aware that a copy of a social media post I made on my personal Facebook page is circulating digitally in our community. Today, I apologized to my staff, and now I apologize to you.

On January 26 after news broke Kobe Bryant’s death, I made a comment to my private social media which was a personal, visceral reaction. I want to apologize for suggesting that a person’s death is deserved. It was inappropriate and tasteless. Further, I apologize for the disruption it caused to our learning environment today.

While what I wrote was posted on a private Facebook account to people who are my friends and was quickly removed, I acknowledge that private does not always mean private. I love being principal at Camas High School. We have tremendous students, staff, and community. I’ve learned an important lesson and I hope that I can earn your trust back.

“I have accepted Dr. Sejkora’s resignation as principal of Camas High School. Losing a principal during the school year in this way is obviously very difficult,’ Camas School District Superintendent Jeff Snell said in a YouTube video. “I ask that you rally around Camas High. Our students and staff did not ask to be put in this situation. They deserve the space to move forward.”