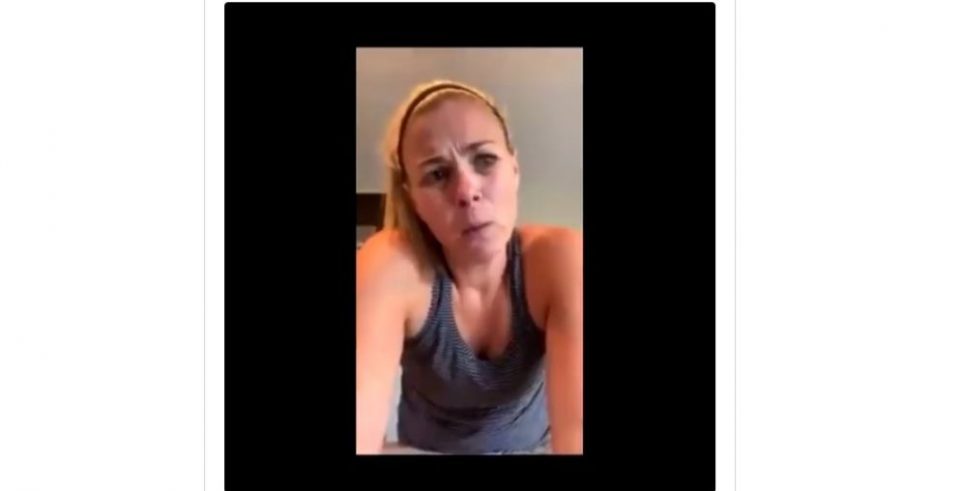 A white Indiana nurse went on social media to suggest that George Floyd’s death was “probably because he was high on meth, Fentanyl, and positive for COVID.” Because of her rant about “Black privilege” the nurse is now unemployed, according to Heavy.

Kristy Ann Wilker was terminated from her job as a nurse at Lutheran Hospital in Fort Wayne, Indiana, due to the viral video of her rant about Black privilege and her explanation for the cause of death of police killing victim Floyd.

Floyd died after Minneapolis Police officer Derek Chauvin placed his knee on Floyd’s neck for 8 minutes and 46 seconds. An autopsy ruled the cause of death “asphyxia from sustained forceful pressure.” But, Wilker’s “expert” opinion states otherwise.

“He started to have a freakout panic attack when they put him in the car probably because he was high on meth, Fentanyl, and positive for COVID. Was the police officer’s foot in the wrong spot? Maybe but, you know, um, meth and Fentanyl, and positive COVID are probably more leading factors to an [myocardial infarction] so do your research.”

A Twitter user posted the video for all the world to see!

Her name is Kristy Ann Wilker and she’s a nurse at Lutheran Hospital here in Fort Wayne in the trauma unit. She clearly doesn’t like black people and it makes me wonder how many black patients died under her care. pic.twitter.com/L54k1n4Qs8

The rest of the video pic.twitter.com/GlztrLy6MF

Just spoke to someone who worked with her a couple years ago. Once a ten year old Black boy came in with gunshot wounds, and she told her coworkers not to worry about it because “none of them are innocent.” People have been reporting her for years and Lutheran has done nothing. https://t.co/oc8HUmQa9c