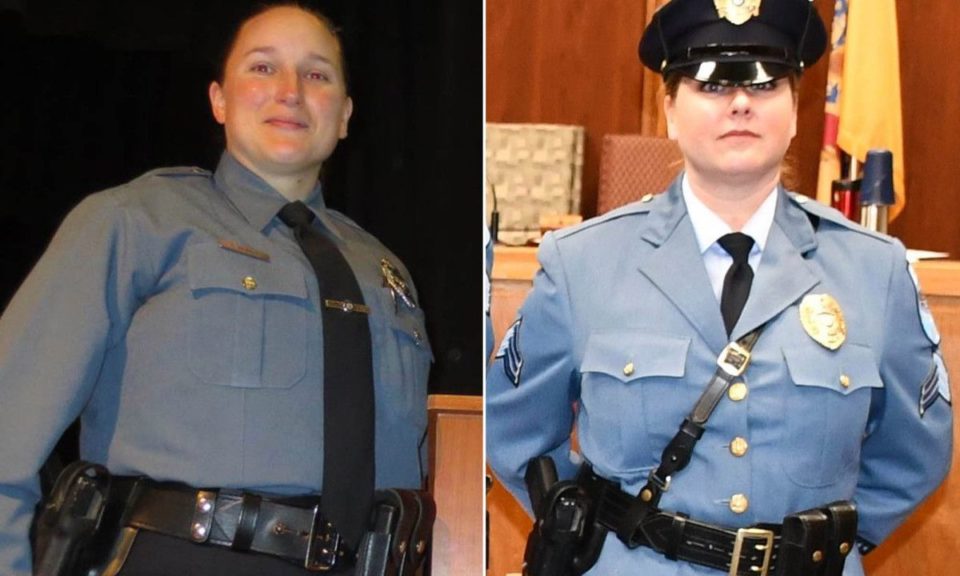 A white New Jersey police officer was fired and another one has been suspended for six months for portraying Black Lives Matter protestors as terrorists.

According to NJ.com, two white female police officers, Sara Erwin (who was terminated) and Sgt. Mandy Grey (suspended for six months) were disciplined because of a Facebook post that Erwin wrote and Grey replied to. The police officers worked with the Hopewell Township, New Jersey police.

The Facebook post, which was written in June 2020, stated, “Last night as I left for work I had my two kids crying for me not to go to work. I don’t think I’ve ever felt the way I did last night. And then I watched people I know and others I care about going into harms way. I love my police family like my own. So when you share posts and things on Facebook I’d really appreciate if you’d THINK before doing so. I’ve seen so many black lives matter [sic] hashtags in these posts. Just to let you know — they are terrorists. They hate me. They hate my uniform. They don’t care if I die.”

Last year, in an email to NJ Advance Media, the police chief at the time, Lance Maloney wrote:

“On Monday, June 8, 2020 the township learned that multiple police officers and township employees had been accused of improper conduct involving social media. Those officers and employees were immediately placed on leave by the Chief of Police and Business Administrator. As we continue to investigate a recent Facebook post, please know that I am sorry for the hurt that this incident has caused our community,” Maloney said. “We understand that we have the obligation to make sure that our officers police in a manner that is fair and impartial.”