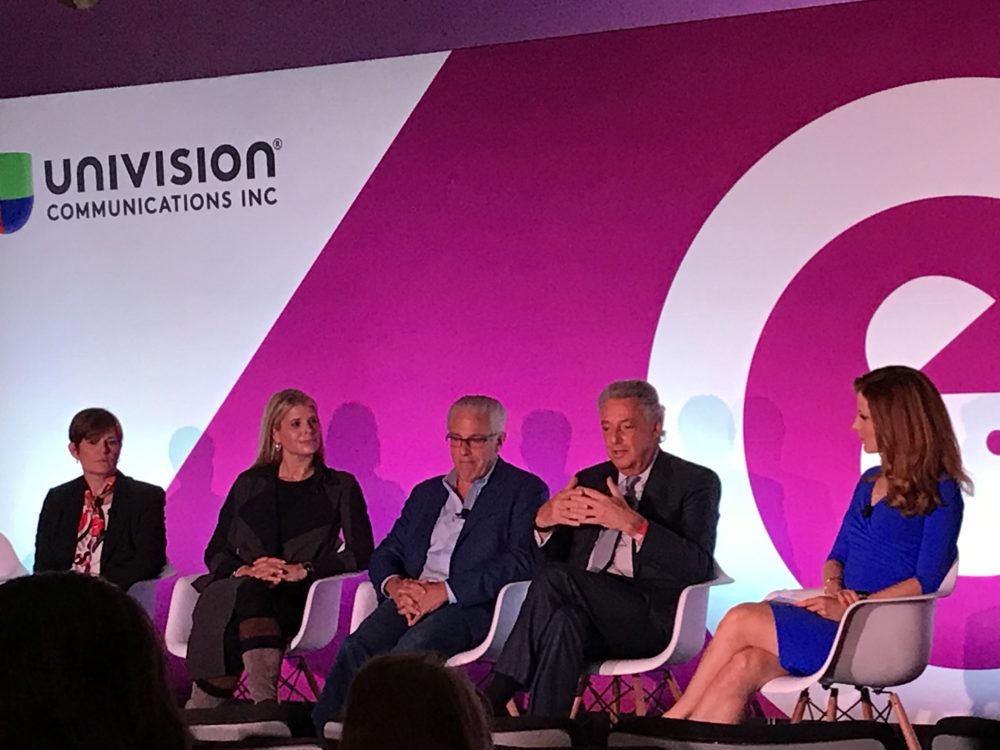 Day one of New York Advertising Week kicked off Monday with a plethora of sessions, workshops, industry leaders, and networking events centered on marketing, advertising, technology, and creative spaces. One panel discussion, titled CEO Action for Diversity & Inclusion, focused on fostering D&I solutions within corporate culture. During the discussion, the panelists addressed a wide range of issues, including gender inequality, Charlottesville, LGBTQ rights, and implicit bias. The only problem, however, was the blatant lack of ethnic diversity among the all-white panel.

Facilitated by PwC, the panel was named after PwC’s CEO Action for Diversity & Inclusion initiative, the largest CEO-driven business commitment to advance diversity and inclusion within the workplace. The speakers included Shannon Schuyler, the Chief Purpose Officer at PwC; Deirdre Mahlan, the president of Diageo North America; Scott Kauffman, the Chairman & CEO of MCD Partners; and Michael Roth, the Chairman & CEO of Interpublic Group. Shortly before wrapping up the conversation, the elephant in the room was finally addressed when Kauffman acknowledged the irony of “two white Jewish men and three white women” talking about the need for more diverse work environments.

When asked about the lack of diversity on the panel, Schuyler told BLACK ENTERPRISE afterward that both she and her partner, who happens to be a black man, were aware of the glaring oversight. “Certainly, it was not lost on me. In fact, my husband said he was watching [via livestream] and he was like ‘do you know you guys are all white?,'” she said. “It’s something we need to work on.”

Schuyler admitted that working in a corporate D&I role and being married to an African American has helped make her more aware of situations where minority voices are missing. “We’re all white and we’re talking about diversity,” she said very matter-of-factly. “That’s why I think this is a journey and we’re not there. We’re not even close to being there. But it’s about recognizing it and saying what can we do differently next time.”

She went on to talk about how she sees her role in overseeing PwC’s CEO Action for Diversity and Inclusion program as part of a much-needed solution. Since its inception in 2014, the initiative has recruited over 500 CEO and university president signatories who are actively working to recruit and retain diverse employees and ultimately change the face of their organizations, industries, and corporate America. “One of the things we hope for is that we get more CEO’s who sign up for CEO Action for Diversity and Inclusion, then the number of women and minorities will increase,” she said. “Generally, you don’t have many African Americans or Hispanics that are CEO’s. So that’s the problem we have to solve.”

Another main part of Schuyler’s role at PwC is to help employees find their individual purpose at the multinational professional services firm. “If we can’t create a sense of belonging and fulfillment [making] people believe that they can succeed, then we won’t be successful,” she said. “We have really focused the last couple of years on being this focus-driven organization and what our values are.” Schuyler added that data “shows that a more diverse workplace is more successful financially, but more importantly, it’s more successful for your people to be able to grow, develop, and be their best.”