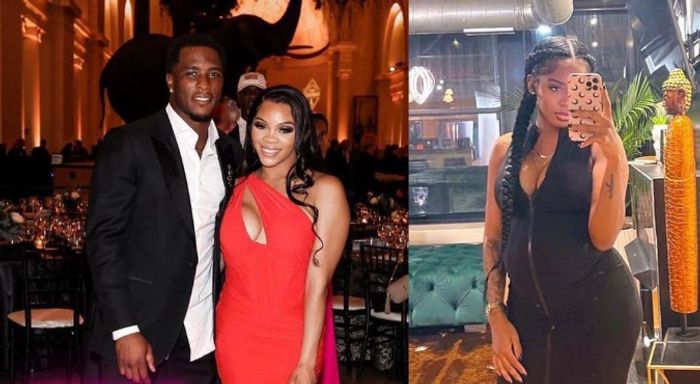 Chicago White Sox star Tim Anderson has become the topic of discussion after two women have accused him of cheating on his wife with them.

Anderson is often praised for the happy family life he and his wife, Bria Love, display on social media. Love, a former star of the show WAGS, had just shared a post celebrating her happy marriage on Instagram.

But just a few hours after she shared the romantic post, a social media influencer named Dejah Lanee posted a video that seemingly suggested Anderson is the father of her unborn child. In a video captured by WAGS Unfiltered, Lanee posted a video showing Anderson laughing and smiling with her.

“Baby Daddy” she wrote over the video clip.

“What a way to announce your pregnant! 😨 um so allegedly #AriFletcher best friend #DejahLenae is pregnant by married baseball player #timanderson,” WAGS Unfiltered wrote in the caption.

“WAGs #BriaLove posted Tim 19 hours ago so I’m assuming she didn’t know and she’s just as surprised as we are.”

But it looks like Dejah isn’t the only woman who’s been enjoying private time with the married baseball star. Shortly after Dejah was revealed as Anderson’s possible sidepiece, another woman came forward with claims of dating Anderson for the last five years, as captured by Black Sports Online.

Now that Anderson’s alleged “disrespectful cheating” has been put on blast, many are wondering how the professional athlete will respond and if Love will choose to stay or walk away.