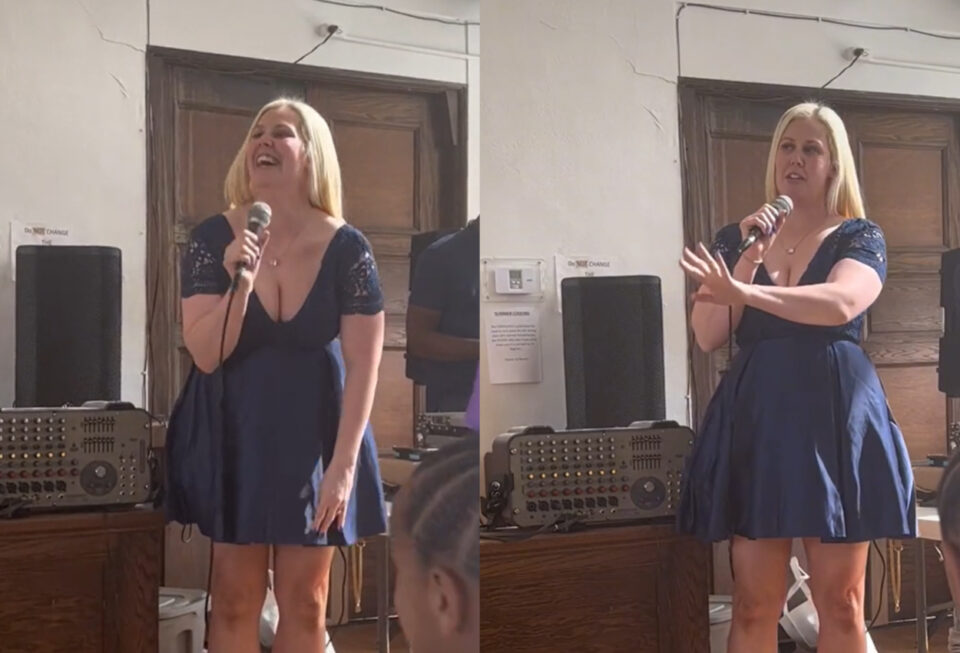 A white woman who tried to give a heartfelt speech at her friend’s wedding went viral after her awkwardness turned racist.

A TikTok user received over one million views for a video posted last week showing the seemingly racist speech at an interracial wedding. The TikTok user gave a “CRINGE WARNING” while explaining the video.

“So my brother got married this past weekend and this was one of the speeches from friends…,” she captioned the post. “Think miss girl was nervous, but wheeww had a few of us like.”

The video shows the white woman, identified as Shannon, standing before wedding guests, informing them that she doesn’t know the Black groom but is willing to welcome him as “part of the family.” Then things got racially awkward.

The woman warned the groom that he “better take care of her girl” because she “knows where he lives.” The speech continued to worsen.

“You’re a part of the family, I swear to God,” she quipped.

Murmurings could be heard from the audience of wedding guests who were taken aback by the speech.

“I’m not gonna be racist, OK,” she said before telling the guests she was joking while flipping her hair.

Shannon applauded the newlyweds for “outstepping the stereotype” and noted how much she “loves Black people.”

Viewers had questions for the TikTok user who posted the video, including if the bride “had any other friends” who didn’t give such racially charged speeches.

“But what kind of a person even has a friend like this?” one user asked.

The TikTok user insisted the wedding was beautiful, and outside of the racist speech, everyone had a great time.