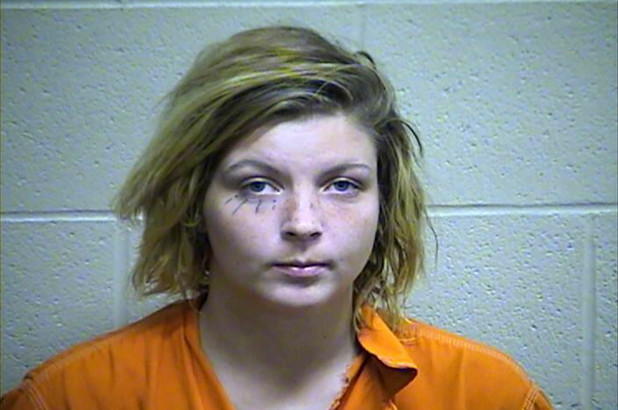 A White woman who has been accused of throwing a Molotov cocktail at a New York Police Department police car in Brooklyn during a protest against police brutality claims she was given the explosive device by Black protesters, according to The New York Post.

Samantha Shader, a 27-year-old from the Catskills in upstate New York, told officials that she was given the weapon by several Black people. She is accused of hurling the makeshift explosive at an NYPD van that was occupied by four police officers on May 30.

She is caught red-handed throwing the Molotov cocktail at the police vehicle.

The thrown bottle shattered two of the police vehicle’s windows; the car was occupied by four cops inside. Because toilet paper instead of a rag was used in the device, the gas inside the bottle didn’t explode — neither the vehicle nor its occupants caught fire.

According to court papers, Shader “was approached on the street and given ‘the bottle’ by a black male, who was in a group with one other black male and a black woman.” She described them: The man who handed her the bottle was a “thicker guy” with hair in “skinny dreads” of different colors; the other man was smaller and wore a hat; the woman was thin with “poofy” hair in a ponytail.
She also claims “the man who handed her the bottle told her that they were going to prove a point,” and that “she felt important at the time [so] she took the bottle because she was the only white person in the area.”
Shader was indicted on June 11 on seven counts: use of explosives, arson, using an explosive to commit a felony, arson conspiracy, use of a destructive device, civil disorder, and possessing and making a destructive device. Shader faces up to life in prison on various charges.