Who Gon Tell Him? Tevin Campbell Thinks R. Kelly Is The Only One Who Can Battle Usher in Verzuz 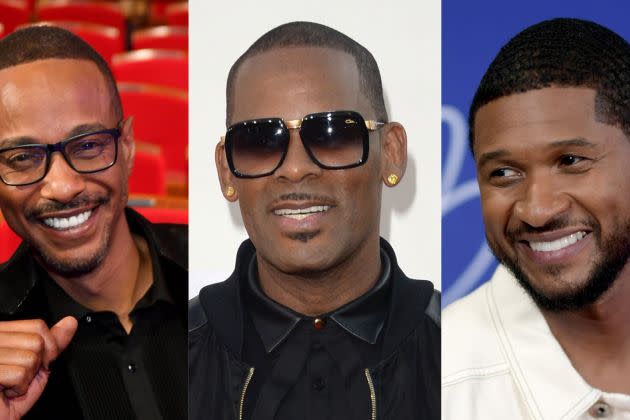 Tevin Campbell is an OG of R&B and can’t name one male singer as king.

Campbell recently shared the stage with Usher after the “Confessions” hitmaker brought him out as a special guest at Park MGM’s Dolby Live on August 26. Campbell had the crowd screaming as he crooned out his hit song “Can We Talk,” with vocal assistance from Usher himself.

After the show, TMZ caught up with Campbell to ask for his thoughts on labeling Usher as the “King of R&B.”

Campbell didn’t deny Usher’s greatness as an artist but struggled with giving him sole credit as the King of the artform.

“All I know is Usher’s great, man,” Campbell said. “He’s a great artist, but we can all be kings and be great at what we do and still co-exist as kings.”

When asked who could go toe to toe with Usher in a Verzuz, the “I’m Ready” singer made mention of the disgraced R. Kelly.

‘I think of R. Kelly, and not only his hits, he’s written for so many other people, you know,” he added.

While Campbell loves Verzuz, he “just doesn’t believe in the competition.”

Campbell’s comments are similar to singer NeYo, who admitted to still listening to R. Kelly despite his sex trafficking charges and drastic fall from grace.

“I’ve been in parties where someone will turn on an R. Kelly record, and people will be like ‘Boo!’ That’s bullsh*t, because you know good and well that before this happened, you’d be rocking out to this song, just like everybody else,” NeYo said.

“From time to time, I still listen to R. Kelly music; you just can’t deny the quality.”

“Anybody who tries to say R. Kelly isn’t one of the best songwriters on the face of the planet because of what he did in his personal life, you’re looking at the wrong thing,” NeYo contends.

As far as Campbell, somebody needs to tell him R. Kelly is unavailable for the next 30 years.