'How Dare You Be So Flippant?' : Whoopi Goldberg Blasts Bill Maher Over COVID-19 Rhetoric 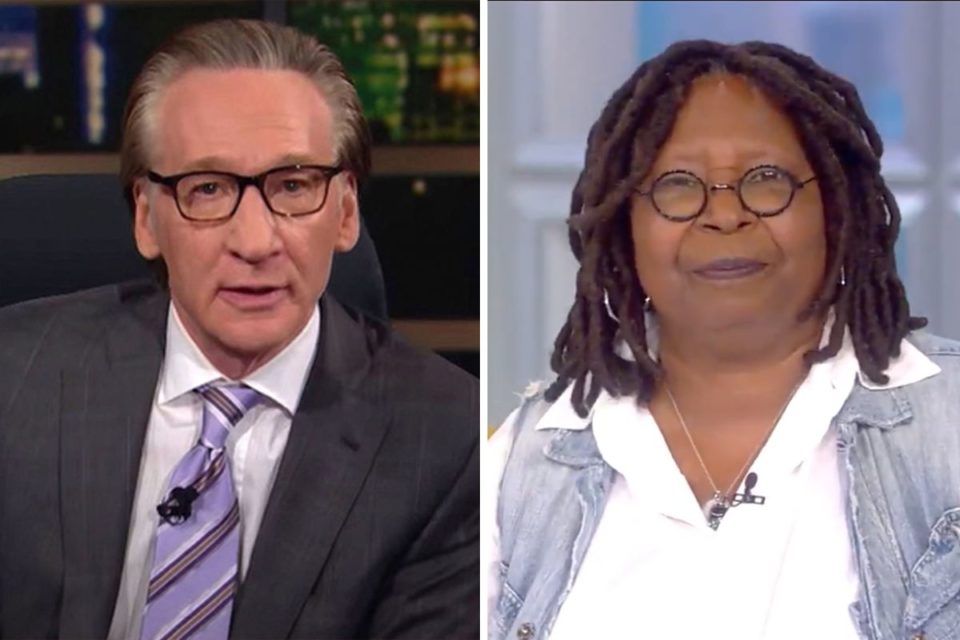 The View’s Whoopi Goldberg, who is no fan of fellow talk show host Bill Maher, blasted him over his seemingly cheeky COVID-19 comments.

According to The Hill, Goldberg was annoyed with Maher’s opening monologue for his Real Time with Bill Maher show last week and directed some venom his way this week. In reference to having to wear a mask for protection against the coronavirus, Maher says to the audience that he doesn’t “want to live in your paranoid world anymore,” commenting that he is sick of all the precautions associated with COVID-19.

Goldberg admonished him on Monday morning’s show by saying, “How dare you be so flippant, man?”

Coincidentally, both hosts have had a bout with the coronavirus. Still, fresh off her battle with coronavirus, Goldberg doesn’t see any humor in people trying to protect themselves and others from the deadly virus that has gripped the world for the past two years.

Goldberg responded to his opening dialogue on The View on Monday by essentially telling him if he is sick of it to “stay away from everybody.”

“That’s not really funny to people who have lost their kids,” she responded, “or people who have lost family members or dear friends to this. Listen, nobody on the planet really wants to go through this. This is not something we’re doing because it’s sexually gratifying. This is what we’re doing to protect our families. You don’t have to do it, but stay away from everybody.”

Maher also made headlines last week for an interview with Deadline; the comedian chastised White House Chief Medical Adviser Anthony Fauci and the CDC with their recommendations for the general public in trying to combat the coronavirus.

“Don’t sit there in your white coat and tell me, ‘just do what we say.’ When have we ever been wrong? A lot is my answer. A lot.”