Whoopi Goldberg Returns to The View After Two-Week Suspension 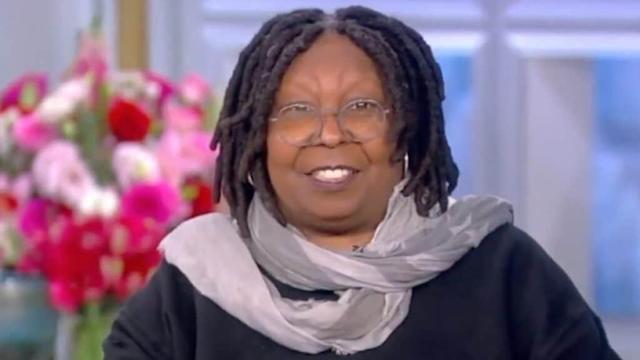 Whoopi Goldberg returned to her co-hosting post on The View Monday following her two-week suspension for making controversial comments about the Holocaust.

“Hello, hello, hello, and welcome to The View. And yes, I am back,” Goldberg said during the show’s open.

Joy Behar was quick to tell her co-host how much she was missed before Goldberg went on to explain how “honored” she is to take part in the “tough conversations” the ladies have on the show.

“I missed you all too,” Goldberg said in response to Behar.

Whoopi Goldberg returns to ABC following her two-week suspension over the controversial Holocaust comments she made. CNN's @brianstelter weighs in on her apology and return to "The View." https://t.co/MimOnJOzKN pic.twitter.com/gzweYjpRAC

“I got to tell you, there’s something kind of marvelous about being on a show like this because we are The View, and this is what we do,” she said.

“Sometimes we don’t do this as eloquently as we could, but it’s five minutes to get in important information about topics.”

“It is an honor to sit at this table and be able to have these conversations because they’re important,” Goldberg added. “They’re important to us as a nation and to us more so as a human entity.”

While not addressing the suspension directly, Goldberg’s response seemingly referenced her remarks on the Jan. 31 show when she inaccurately implied that the “Holocaust isn’t about race,” People reports.

Goldberg issued an apology after first doubling down on her claims during an appearance on The Late Show With Stephen Colbert.

“I thought it was a salient discussion because, as a Black person, I think of race as being something that I can see,” Whoopi told Colbert. “So I see you and I know what race you are, and the discussion was about how I felt about that. People were very angry, and they said, ‘No, no, we are a race,’ and I understand. I understand. I felt differently.”

She later apologized on the show the following day ahead of producers announcing her two-week suspension.

“I said the Holocaust wasn’t about race and was instead about man’s inhumanity to man,” Goldberg said on the Feb. 1 episode. “But it is indeed about race because Hitler and the Nazis considered Jews to be an inferior race.”