Why Everyone Should Know and Remember Former Baseball Player Curt Flood 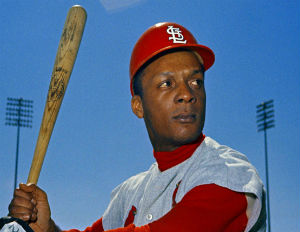 Curt Flood was a center fielder for the St. Louis Cardinals. Sports reporters said he was known as a prolific hitter and a defensive wizard, according to the New York Times. Flood was born in Houston, Texas on Jan. 18, 1938. He was raised in Oakland, California. The talented baseball star signed his first professional contract while still a senior at Oakland Technical High School. He played for the Cincinnati Reds and was traded to the St. Louis Cardinals in 1958.

In late 1969, Flood was earning $90,000 a year from the St. Louis Cardinals. That same year, he learned that the team traded him to the Philadelphia Phillies. He was furious that St. Louis traded him without his permission. He rejected the trade, and decided to fight the decision in court.

During his battle with then-Commissioner of Major League Baseball Bowie Kuhn, Flood made numerous media appearances sharing his thoughts. In one interview Flood said, “What I really want out of this thing is to give every ball player the chance to be a human being and to take advantage of the fact that we live in a free and democratic society,â€commenting on his court case with MLB. Flood was also conscience of what was happening to Black Americans during the 60s and 70s. “Me as a black man I’m probably a lot more sensitive to the rights of other people,â€ he once said during another interview. “Because I have been denied these rights.â€

Flood never veered away from what he believed in even if he was collecting a hefty paycheck. Back in the 70s, one journalist pointed out to Flood that he was earning $90,000 a year from the baseball league and wanted to know why he continued to challenge the league’s rules. An unbothered Flood said, “I’m a well paid slave.â€

Thanks to Flood athletes like Cleveland Cavs star LeBron James, New York Giants football player Jason Pierre-Paul, and others have the opportunities to negotiate their professional sports careers or even decide where they would like to play. Flood died on January 20, 1997.
At this funeral, Rev. Jesse Jackson delivered a moving eulogy. “Baseball didn’t change Curt Flood. Curt Flood changed baseball. He fought the good fight,â€ said Jackson. “Because he came our way, we are better.â€