Why Investing in Black Women's Art is a Power Move 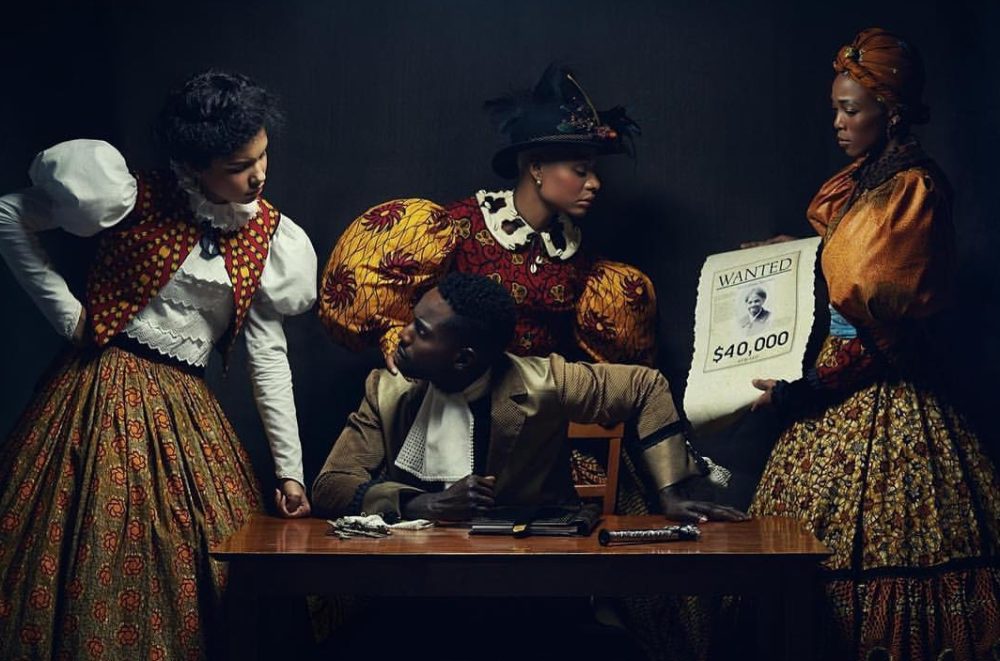 The social climate has always impacted the art world. Currently, women’s issues are at the forefront of politics and social justice; in turn, the art industry is affected—particularly its women. Research conducted by the National Endowment for the Arts found women artists, who account for 51% of all visual artists, make only $0.81 to every dollar earned by their male counterparts. This data matches, eerily, the national gender wage gap reported by the Bureau of Labor Statistics and speaks sorely to the sign of the times.

However, on the flip side of grossing significantly less than men, women are having a profound influence on art sales, breaking records now more than ever. According to the New York Times, “last spring in New York, auction sales records were shattered for the works of 15 female artists.” Among them, artist Cecily Brown’s sale topped the bunch at $6.6 million. Of the group, only two women were black—Lorna Simpson and Xaviera Simmons—whose sales came in unsurprisingly lower at $350,000 and about $30,000.

But even a few black women realizing success at the auction level is a major inspiration for others.

“I celebrated when I read that Lynette Yiadom-Boakye’s portraits of black figures sold for a total of $2.5 million last year and Njideka Akunyili Crosby reached $3.4 million earlier this year,” expresses Tracy Murrell, an Atlanta-based artist. “I am a huge fan of both artists and to see the work of black bodies by black female artists at that level of the art world is symbolic validation that there is a place in the high-end art world for what I create.”

Traditionally, a lofty auction sale results in an increase of value for a given artists’ work and their visibility as well as the opportunity to exhibit in art institutions and become part of their collection. So  this news should have a trickle-down effect: recognition and an uptick in sales for other women artists. At least that is how it worked for white male artists throughout history. However, along with gender disparity, race disparity is reflected in the art market.

Artnet performed an analysis which explores how African American artists fare financially at auctions using the volume of sales. It was discovered black art sales at auctions are on the rise, yet “of the contemporary American artists selling for over a million dollars at auction, a mere one-tenth are black,” and of the top 100, only two are women—Kara Walker and Mickalene Thomas.

The upside is that the disparity makes it a good time to consider a serious investment in women’s art— and particularly black women’s art.

This is where art collectors and enthusiasts can effect change. Aside from the personal financial gains, investing in black art establishes greater market value for an otherwise underrecognized demographic and contributes to the black economy. Lauren Harris, gallery manager and curator for Zucot Gallery explains:

“Investing in art created by black women is something we all should be doing. There are two main reasons: our narratives and our worth.”

“In my 10 years of being in the art world, black women have had the truest and most unapologetic voice personified in their art,” Harris says. “From Lorna Simpson to Kara Walker and more recently Njideka Akunyili Crosby and Simone Leigh, black female artists break the mold, driving ‘cultural shifts’ in the market.”

If you’ve been considering investing in art created by black women, Harris suggests the timing is right:

“Now that artwork by black women are ‘trending’ in the mainstream art world due to high sales at auctions and acquisitions by notable collectors, there can come a time when their work is less attainable. The same way Amy Sherald shot to fame after being revealed as the artist behind former FLOTUS Michelle Obama’s portrait for the National Portrait Gallery, can apply to the many working professional black female artists from all over.”

Harris warns: “Invest now, so you won’t be sorry later.”

The value of art is typically stable; the average annual return on art investments is +7.6%, according to Artprice. And if that doesn’t get your coins twerking, check these five black women artists for motivation:

On Thursday, Oct. 4, Swann Gallery, which is one of the only major auction houses for African American artwork, is holding their autumn auction. This is a fine time to get in on investing in fine art from artists ranging from Thelma Johnson Streat to Elizabeth Catlett. Bidding starts at 2:30 p.m. ET. You can attend in-person or livestream on the gallery’s website.