Why Muhammad Ali Will Always Be The Greatest 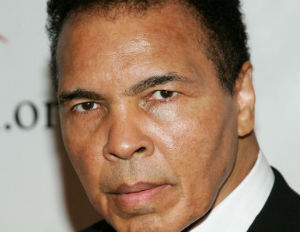 I join millions across the globe who celebrate the life and legacy of “The Greatest” – Muhammad Ali.

That description was so apt. He demonstrated unmatched skills in the boxing ring and global impact outside the arena – the most recognized figure on our planet way before the advent of cable television and the Internet. Fans, friends and foes were awed by larger-than-life showmanship backed up by unorthodox pugilistic prowess. He moved and inspired so many of us – especially Black America during the 1960s and 1970s – while rankling the white establishment that vilified him for his outspokenness on issues of race, religion and politics and stands of principle and conviction.

Born Cassius Marcellus Clay in Louisville, Kentucky, he rose to fame through hisÂ  miraculous athletic gifts. He received the light heavyweight gold medal in the 1960 Summer Olympics in Rome, which he tossed into the Ohio River after returning home and being denied service in a restaurant because of his race. Four years later, at age 22, the boastful boxing phenom beat the formidable slugger Sonny Liston to be crowned heavyweight champion of the world. It was during that same year he changed his name, marking his conversion from Christianity to Islam and joining the Nation of Islam at the urging of his friend and mentor, Malcolm X.

Ali’s most ferocious battle, however,Â  would be outside the ring. Refusing to serve in the military during the Vietnam War due to his religious beliefs, he was convicted for draft evasion. After his suspension from boxing and being stripped of his titles in 1967, Ali would sacrifice three years of his prime and millions of dollars for his antiwar stance. It would take a Supreme Court decision to overturn the verdict and enable him to return to the ring.

In 1971, he battled Smokin’ Joe Frazier for the heavyweight championship in the “Fight of the Century,” losing in the bruising 15-round match. But Ali would never stay down for the count and would thrill fans in some of the most eventful moments in sports history. He regained his title in 1974 using the “rope-a-dope” to vanquish George Foreman in the “Rumble in The Jungle” in Zaire and then emerged victorious in 1975 during his final battle with Frazier – the “Thrilla in Manila.”Â Ali, who won 56 times in his 21-year professional career, was the first fighter to capture the heavyweight title three times.

To young black males who came of age during the post-Civil Rights Era, Muhammad Ali was more than a boxer, he was our hero. He represented racialÂ  pride and black manhood in his unflinching display of excellence and intelligence, declaration of our splendor and defiance of an America that demoted African Americans to second-class status.

Ali was the most visible image of a proud black man openly declaring his greatness without hesitation. In the process, he validated our existence and promoted our aspirations. He challenged us to claim our place in the world and rise to our rightful standing as champions. And yes, we could achieve with swagger.

Not only did Muhammad Ali infuse my generation with a love for boxing as he transformed that sweet science, he taught us to stand our ground and persevere against the odds.

In later years as he dealt with the debilitating effects of Parkinson’s Disease, he stayed in the spotlight engaging in humanitarian work and offering new lessons of philanthropy, dignity and humor.

Muhammad Ali’s enduring spirit lives on, challenging us to fully embrace our greatness.