Why Trump's Own Kids Won't Be Voting For Him 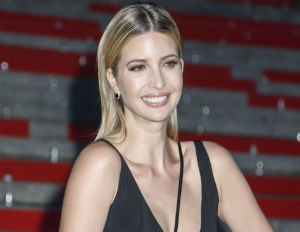 In the latest embarrassment for the Trump campaign, Donald Trump’s own children will be unable to vote for him in the upcoming New York primary.

The New York primary is closed, meaning that voters must be registered to a party in order to vote for that party’s candidates. Basically, Republicans can only vote for Republican candidates, and vice versa on the Democrat side. Apparently Ivanka and Eric Trump are not registered to either party.

Trump, attempting to cover for his children, explained that “they have to register a year in advance and they didn’t.”

While it is true they were supposed to register as Republicans in advance, Trump’s timing is way off. The deadline was Oct. 9, 2015. Trump kicked off his campaign in June 2015, leaving many to wonder how his campaign staff could have possibly committed such a humiliating oversight.

Ivanka, who ironically has been called the face of her father’s get out the vote effort, has appeared in multiple videos ahead of primaries and caucuses instructing voters to pay attention to registration deadlines. In this video, she tells Nevada voters to make sure to register as Republicans by the deadline so they could vote for her father.

Maybe she should have taken her own advice.