Cardi B May Become the New 'Nanny' 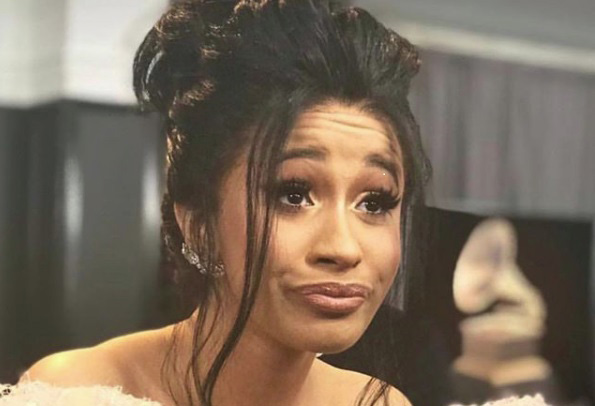 Belcalis Marlenis Almánzar, the rapper and pop culture phenomena best known as Cardi B, may become the star of a rebooted version of The Nanny, and, apparently, the star of the original show, Fran Drescher, thinks she’d be perfect for the gig. Drescher told Entertainment Tonight that she has been in talks with Cardi B’s team about reviving the character she played, Fran Fine, for a relaunch of the popular ‘90s sitcom.

“I do think she’s great, and she would be kinda like my top choice if she’s disciplined to do this show every week. It can be a grind, but she’s got a baby now and it could be a very comfortable, lovely way to, you know, work, be seen worldwide, and still do mini-concert tours when you’re on hiatus,” Drescher said of the meeting with Cardi’s team.

And while the storyline hasn’t been set, Drescher already has an idea how the current version would be and who she would bring in. “We would have to write it for somebody else, which I would be excited to do, actually,” she said. “I could play Sylvia, the mom. And John Leguizamo could play [Fran’s dad], Morty. So, you know, we’ll see. There’s a lot of opportunities to do something fantastic with it and bring it right into the 21st century.”

It even seems that Cardi B, herself, has embraced the idea of playing The Nanny. In an Instagram post last year, she referred to herself as Fran Drescher in Dolce Gabbana.

“She’s such a natural at what she does,” said Lopez. “This was so suited to her. She really knew this world and I told her, ‘You just have to be the person that you were when I first started looking at you on Instagram. That girl, that’s the girl that we need.’ And she was like, ‘OK.’ She knew exactly what to do.”