Will Smith Jokes About 'White Audiences' After Scuffle at Festival Appearance 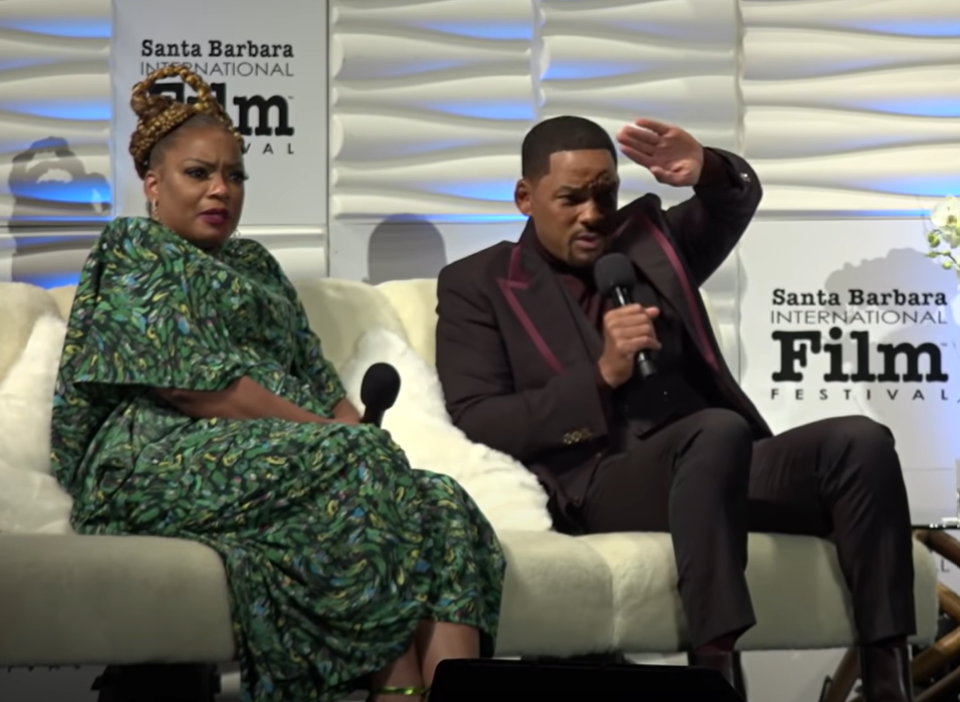 Will Smith tapped into his comedic roots after a scuffle broke out during his appearance at the Santa Barbara International Film Festival.

Smith and his King Richard co-star Aunjanue Ellis appeared at the festival Sunday to accept the outstanding performer of the year award, People reported. While discussing their film, a fight broke out in the audience after someone had a drink poured on them.

Smith and Ellis broke the ice and made sure that their guests were OK.

“Is she OK?” Smith asked while shielding his eyes from the stage lights and looking into the crowd.

One of the people who had the drink poured on them shouted out an explanation on what caused the melee, saying someone “totally just poured a drink on us because we said, ‘This is f—–g amazing.’ Apparently, we’re being too loud. But we love you, Will.”

That’s when the Men In Black star attempted to make light of the heated exchange by cracking a joke about race. The moment starts around the 7-minute mark.

“That’s why it’s really important to have white audiences, ’cause that would have gone very differently at either place where we grew up,” Smith jokingly said.

“So I wanna commend the white people for how y’all handled that. You wanna act out the scene, how it would’ve been if someone poured a drink on you?”

Ellis then pretended to take off her earrings and heels as if preparing to engage in a fight. Smith turned his attention back to the moderator Scott Feinberg, saying, “You’re not gonna make it back from that, Scott! You can try.”

Smith and Ellis are riding high off the success of King Richard. Smith recently won his first Golden Globe for best actor for his portrayal of Venus and Serena Williams’ father Richard Williams. Ellis played their mother, Oracene Williams.