Will Smith Smacks Chris Rock On Stage, Then Apologizes Upon Winning Oscar 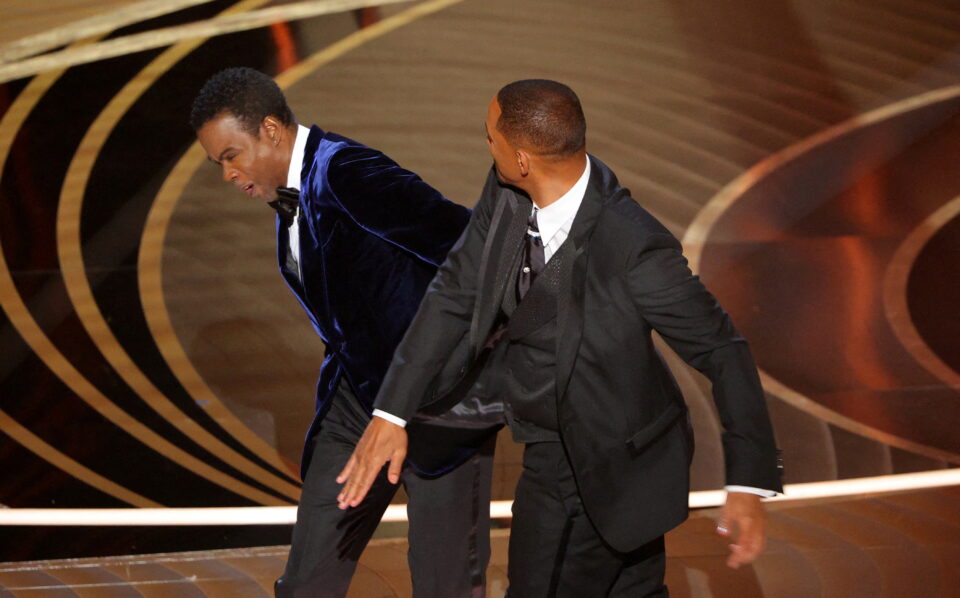 By Frank McGurty and Daniel Trotta

LOS ANGELES (Reuters) – Best actor nominee Will Smith smacked presenter Chris Rock in the face with an open hand and shouted a vulgarity at the comedian for making a joke about his wife’s appearance at the Oscars ceremony on Sunday.

Minutes later, when accepting the Oscar for best actor for his role in “King Richard,” Smith apologized to the Academy of Motion Picture Arts and Sciences and his fellow nominees but not to Rock.

The episode with Rock at first appeared to be a scripted joke but turned serious when Smith shouted out, “Keep my wife’s name out of your fucking mouth.”

The audio from the show, broadcast on a time-delay of a few seconds in the United States, appeared to have been cut from the live transmission for many viewers because of the language.

Rock was roasting some of the nominees and, after mentioning Smith, said of his wife, Jada Pinkett Smith, “Jada, I love you. G.I. Jane II, can’t wait to see it.”

Moments later, Smith walked on stage toward Rock, who had his hands behind his back when Smith threw an open hand at his face that produced an audible smack.

“Oh, wow! Wow! Will Smith just smacked the shit out of me,” Rock said as the audience laughed, thinking it was a skit. “Wow, dude. It was a G.I. Jane joke,” referencing the 1997 film “G.I. Jane” in which actress Demi Moore shaved her head.

Smith then made what may become one of the most repeated phrases of Oscar history when he said, “Keep my wife’s name out of your fucking mouth.”

Rock responded, “I’m going to. That’s the greatest night in the history of television.”

Smith then repeated his phrase, louder and more deliberately.

Jada Pinkett Smith told Billboard in December she has been battling the autoimmune disorder alopecia, which can cause hair loss and balding.

The audience initially thought Smith‘s indignation was feigned, part of the act. It was only after he returned to his seat and shouted that the audience went silent and audibly gasped. Many people in the mezzanine stood up and craned their heads to try to catch a glimpse.

Smith won the Oscar for playing Richard Williams, the father of tennis stars Venus and Serena Williams. Upon accepting his award, Smith apologized to the Academy and his fellow nominees but not to Rock.

“Richard Williams was a fierce defender of his family,” Smith said. And the last thing he said before he took his seat was: “I hope the Academy invites me back.”