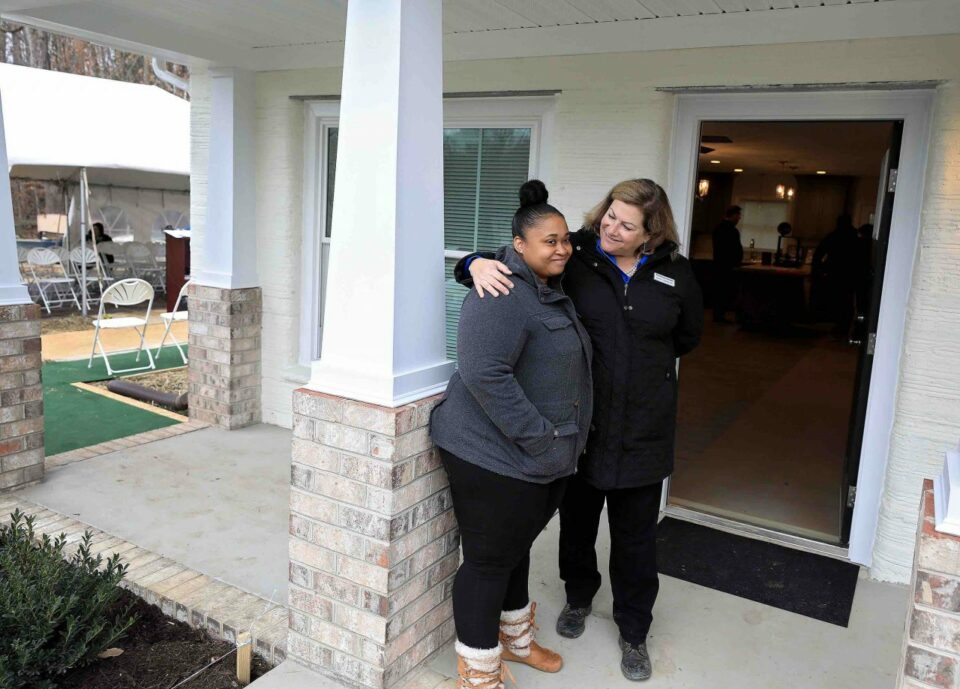 A Virginia mom makes history as she officially took ownership of her new home: the nation’s first-ever owner-occupied completed 3D printed house dedicated to her by Habitat for Humanity.

According to a Habitat for Humanity blog post, this new home was dedicated to April Stringfield of Williamsburg, Virginia by the Habitat for Humanity Peninsula and Greater Williamsburg. A ribbon-cutting ceremony was held to commemorate the achievement just four days before Christmas, and in time for her 13-year-old son to celebrate in their special home.

“My son and I are so thankful,” Stringfield said during a Dec. 21 Habitat for Humanity Facebook livestream event outside her new house. “I always wanted to be a homeowner. It’s like a dream come true.”

The culmination of community partnerships made this project come to life. Habitat for Humanity raised funds for the home with the help of generous sponsors, a community crowdfunding campaign and its charity golf tournament. The visionaries behind the innovative home were  Zachary Mannheimer, Founder and CEO of Alquist, and Andrew McCoy, Director of the Virginia Center for Housing Research and Associate Director of the Myers-Lawson School of Construction at Virginia Tech.

In July, construction crews began breaking ground on the 1,200 square foot, three-bedroom house, reducing the standard construction schedule by at least four weeks. Alquist, a 3D printing company, used concrete in place of lumber to print the walls which is better at retaining temperature and saves about 15% on building costs in the process, according to Habitat. In addition, Alquist installs a 3D printer in the kitchen of each home it builds, including Stringfield’s. The company also provided her with a downloadable computer file that allows her to print light switch covers, knobs and other replaceable parts with her 3D printer.

This first-of-its-kind charity effort is a means to create more affordable housing for lower income families, and a solution to build more efficient homes. Janet V. Green, CEO of Habitat for Humanity Peninsula and Greater Williamsburg, told WTKR, “This project is a game changer for Habitat for Humanity.”

It is also paving the way for qualified families to move into their future homes.

One of the requirements to be eligible for the Habitat Homebuyer Program included 300 equity or volunteer hours. Successfully, Stringfield completed the hours by helping the crew on the construction site and at the Habitat ReStore in Williamsburg. Her eligibility guarantees her no-interest mortgage payments back to the local Habitat affiliate.

“I’m excited to make new memories in Williamsburg and especially in a house, a home,” Stringfield said.

“Some place I can call home and to give my son that back yard that he can play in and also my puppy to run around the yard.”