WNBA Players Transition from the Court to the Corporate Office 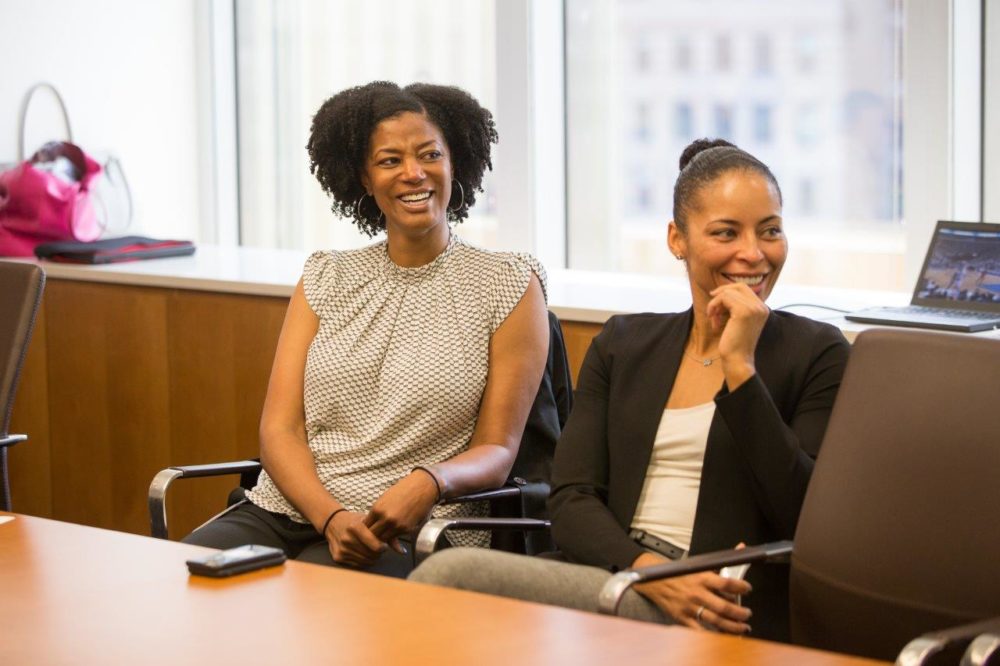 Even after players retire from the league, the NBA stays connected with many to help them transition into life after basketball. Two years ago, they created the Basketball Operations Associate Program, a formal training experience that prepares athletes for opportunities in management positions. Last year, three players from both the NBA and the WNBA successfully completed the program and are now working at different teams and parts of the business.

One of the former WNBA players is Stacey Lovelace, who before coming to the program was coaching at a Division I college in Michigan. She heard about the initiative through Renee Brown, former vice president of the WNBA, and now a player development specialist with the NBA’s G-League.

In the Fall of 2017, four players began their assignment at the league offices, where they are continuing to be immersed in the programs’ pillars of focus: Business Acumen, Front Office Competencies, and League Operations. One of the current associates is Lindsey Harding, the No. 1 overall selection for the 2007 NBA Draft and former WNBA All-Star, who recently retired from the WNBA after 10 years.

Black Enterprise contributor Mia Hall had the opportunity to speak with Lovelace and Harding, about their experiences managing the business side of the sport.

Hall: What type of impact did the Basketball Associates Program have on you as a former professional athlete?

Stacey Lovelace: It opens up a new network for you as a former player, but also it’s an opportunity for you to grow from a business standpoint and evaluate your talent and skills in a different way that is more specific to athletes from this generation.

We did everything from LinkedIn training to going deeper into the Collective Bargaining Agreement (CBA). Because the program is yearlong and is run by a former player, it touches on many things we need in order for us to improve our value to a business or in whatever we choose to go into following our playing careers.

What is the biggest lesson you learned or takeaway you received from being in the program?

Lindsey Harding: I think that transitioning is the hardest thing that you can do, from being an athlete and as people say ‘going into the real world.’ I’ve been playing since I was 12 so that was what my mindset was on. This program so far is teaching me to take all the lessons, my experience and everything I’ve learned from over 20 years of playing the game and being able to translate it to the work world now.

It’s amazing that so much does translate and that’s something, personally, that I’m working on every day in regards to teamwork, leadership, and communications. We’re also going through the CBA and different departments and seeing how it all works, things you never get to do when you play. I’m learning a lot but this is what stands out.

Lovelace: I learned what my passion is. After you retire from basketball, every person has a different transition and mines wasn’t the easiest. It was just a lot of trying to figure it out and it was frustrating because I knew I could do certain things and had certain skills that I didn’t necessarily have on my résumé because I haven’t done it professionally.

Being in the program helped me learned that my passion is helping people and telling my story. I enjoy being that connection for people to be able to say ‘look I need help’ and I’ll have an answer for them or at least be able to point them in the right direction.

What surprised you the most about the business side of basketball that you want to learn more about?

Harding: The CBA and the salary cap. I understand that a lot of lawyers come here and they take years to master it, but I want to get a really good understanding of it. I also know that I miss being part of a team and that in the future I want to work with a front office. Having this background of learning the salary cap is really gonna help me to get there.

What’s next for you?

Lovelace: I’m extremely excited about where I am right now. There’s so much room to grow in the G-League player development because the league is growing yearly and my responsibilities will continue to grow as I’m in it.

Right now, I just really want to focus on what I’m doing and impact these players lives as much as I can, helping them in every aspect of their career.