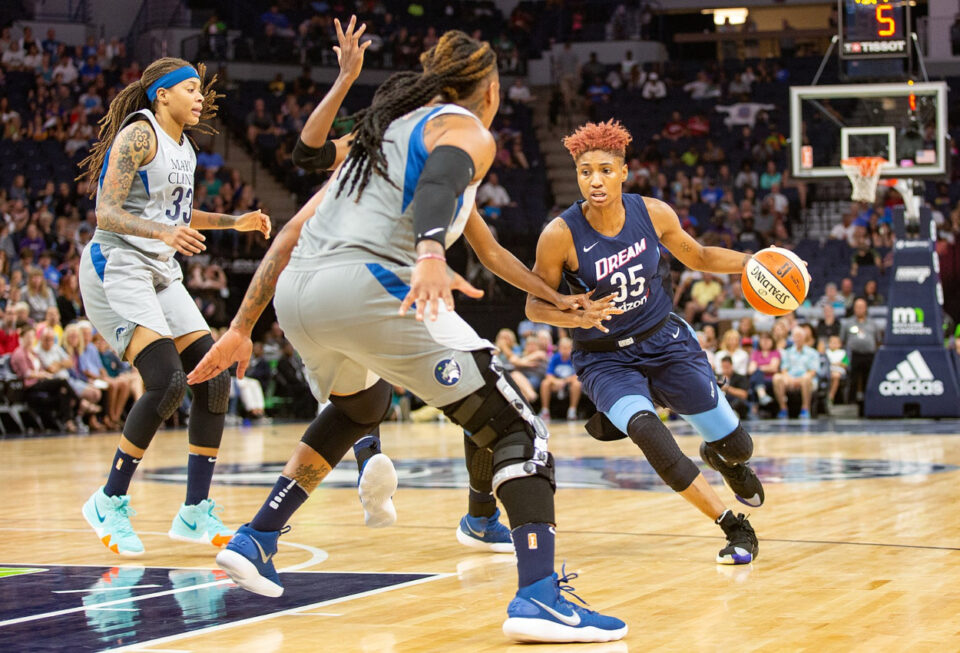 The Atlanta Dream WNBA franchise is holding its inaugural HBCU Night as part of its HBCU + Divine Nine Weekend.

According to a Dream press release, the weekend celebration will take place during two home games— against the Minnesota Lynx (HBCU Night) July 28 and the Dallas Wings (Divine Nine Night) July 30. Additionally, $5 from each ticket purchased from fundraising ticket experiences for the two games will be donated toward scholarships for Metro Atlanta Area students.

Proceeds for the July 28 games will be donated to the Atlanta HBCU Alumni Alliance Scholarship Fund and tickets from the July 30 game will go to the NPHC Greater Atlanta Scholarship Program.

Also, the Dream and the HBCU Alumni Alliance are awarding HBCU Dream Scholarships to two local female athletes who have exhibited athletic excellence both on the court and in the classroom, showing leadership, teamwork, dedication, and resilience.

To celebrate HBCU Night, the Dream and LegacyHistoryPride (LHP) are launching exclusive and limited apparel that will be sold at the Gateway Center Arena, the Dream’s home arena. LHP features classic and lifestyle clothing for HBCUs to raise awareness and strengthen the pride of the HBCU community.

Those who attend the games will, be entertained by halftime performances from the ATL Drum Academy (July 28) and the Delta Sigma Theta sorority July 30 to celebrate the Divine Nine.

Other festivities during the weekend’s games include the 44th and 3rd Bookseller, a family-owned, multicultural book and culture store, showcasing books from Black authors during both games as well as photo booths, a trading card giveaway, and on-court contests. The first 100 fans attending the July 28 game will receive a special team shirt.

The Atlanta Dream is in its 15th season as a WNBA franchise and are currently 12-16 in the Eastern Conference. The Dream is under new ownership after former Georgia Senator and Dream co-owner Kelly Loeffler sold her stake in the team.