Women in Black Music: Getting Paid or Played? 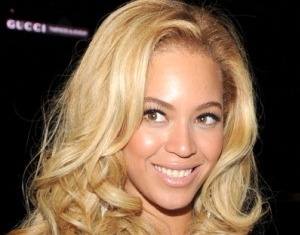 While statistics (and common sense) would take issue with Beyonce‘s musical claim that “girlsâ€ run the world on her new album, the singer is certainly an example of the feminine power to be reckoned with in the record industry. But are women getting paid or getting played? Seems to be a bit of both.

According to Forbes, women occupied half of the top ten highest paid musicians for 2010. Beyonce was highest paid female and number two overall, raking in a whopping $87 million dollars. However, while a select number of women are bringing in the big bucks in the Pop world, one could still argue that there is still a long way for them to go in the music industry. Sex still sells and there is still an incredible amount of pressure for female artists to be “beautifulâ€, young and slim. For all her talent, it wouldn’t be fair to say that Beyonce could enjoy the same level of popularity if she weren’t stunning and provocative. Would she be able to proclaim “We run the worldâ€ if she were covered from head to toe–and about 30 pounds heavier? Probably not. That isn’t to take away from her considerable gifts; but who’s to say we’d really appreciative how gifted she is without the accompanying visual?

However, being considered “sexyâ€ in the music industry can be a dual-edged sword for female artists. Rihanna recently released a controversial video for “Man Downâ€, which depicts her avenging a rape by killing her assailant. While many found the clip to be an opportunity to have dialogue about assault, others claimed that the Bajan’s sexually-charged persona makes her a bad candidate for such a heavy subject. It’s okay for Rihanna to promote sexuality for the male gaze, but when she directs the focus to a serious matter, she’s shamed for the same imagery that helped make her a star.

Even when a woman has some semblance of autonomy over her stage presence and relationship to her sexuality, there are still those who believe that she must have a male puppeteer pulling the strings in the background. Take Nicki Minaj, for example; her cartoonish persona, gender-bending stage shows and unique rhyming style has made her an international sensation. Yet, she still has to contend with the suggestion that Lil’ Wayne is writing her music, or that she must have slept with him or others in order to get her foot through the door.

We’ve long since known that women are capable of selling records and concert tickets and while that isn’t to take away from the considerable list of accomplishments that today’s female artists have made, there is still a long way to go. When a Jazz impresario like Esperanza Spaulding can win a Grammy without being derided by fans who don’t understand how someone like her can snag such an honor… when Nicki Minaj can sign artists and command a boutique label a la Young Money on her own… when a female rapper can blow up without the co-sign of a male superstar… when Rihanna can be sexual and social conscious at the same time and when a significant number of the record industry execs (who order our dance steps more than we know) are women…then, perhaps, we can say that women run the (music) world.