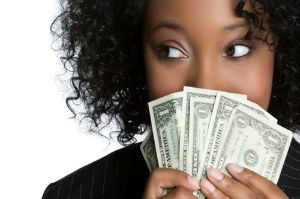 If you thought men had a leg up on investing, you’d have been wrong. Turns out women investors are actually edging them out with a slightly higher rate of return.

That news comes out of a Fidelity Investments survey that also shows women investors consistently save more of their paychecks in the 401(k)s and other workplace retirement accounts.

And women investors are outperforming men despite their own belief that they’re not up to par: only 9% of women surveyed thought women would make better investors.

“The results of Fidelity’s latest analysis reinforces that women too often underestimate their strengths as savers and investors,” said Alexandra Taussig, senior vice president of women investors at Fidelity in a press release.

“It’s time to celebrate our abilities and maximize them by making a commitment to get more involved with our money.”

So why is it that women investors are finding more success?

Fidelity’s analysis shows that some characteristics that are usually considered “inherently female” may be the cause:

Women often look at their financial plans from the perspective of their life goals for themselves or their families, rather than focusing just on performance. That also helps to minimize knee-jerk reactions during market fluctuations.

Women are more likely than their male counterparts to have their savings in age-based investments, such as target-date funds. In fact, the percentage of women allocated appropriately for their age in Fidelity retirement savings accounts has increased by about 40% over the last three years.

Furthermore, fewer women have their savings fully invested in equities—which could represent too much risk and not enough diversification.

Women are less likely to buy and sell their stocks often, preferring a buy and hold philosophy instead. Fidelity’s client data revealed that men are 35% more likely to make trades than women.

Women are educating themselves.

Fidelity has seen a 25% increase year-over-year in the number of guidance interactions among women participating in their live and digital events that are part of the firm’s women’s education program.

“The good news is many women are putting themselves in the financial driver’s seat, taking positive steps to save and invest effectively for their future,” said Kathleen Murphy, president of personal investing at Fidelity in a press release. “But there are still many who need to do more.

“The reality is that saving alone is not enough to even keep pace with inflation,” Murphy continued. “So if you’re not investing, you’re likely losing money.”

“Taking the next step to ensure that savings are invested properly and generating growth is critical to helping women progress toward their financial goals and live the lives they deserve.”