5 'Women and Money' Lessons From Suze Orman at The Apollo 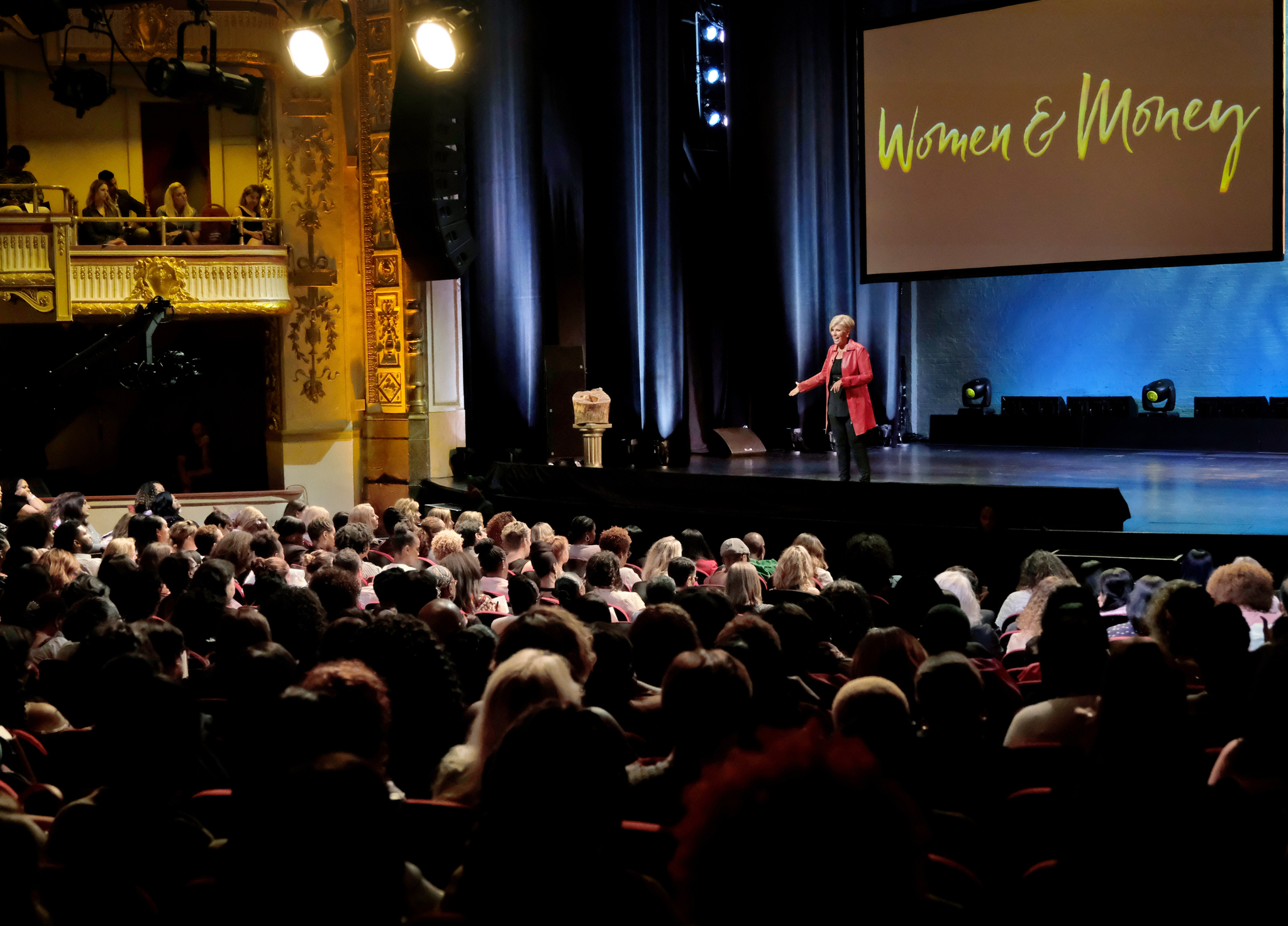 Suze Orman has sustained an enduring career as a speaker, author and pioneer in financial leadership. Orman appeared at the world-famous Apollo theater to discuss the topic ‘Women and Money,’ which is also the title of her relaunched New York Times bestselling book first published in 2007.

The sold out event was a predecessor for the exclusive premier on Oprah Winfrey’s television network, OWN. Orman has partnered with OWN to launch a financial show on the same topic: woman and money.

Orman’s ‘TED Talk’ style discussion touched on topics that included credit budgeting and retirement. While she answered specific questions from the audience, there were five important lessons to take away from her session:

Orman describes the law of attraction when it relates to money and power. Think about your network and social circles; many times we are attracted to people of power, and most times those who hold power are considered to have money. When you are in a position of power, society places you on a pedestal; opening doors to new opportunities which may lead to further financial gains. Orman says “being powerless repels money.”  If we put this in perspective, think about how many times the person who gives off the presence of not having money, loses out on opportunities. “When you are powerless, no one wants to be around you,” she says.

Money Will Teach You About Yourself

There’s that old saying ‘money is the root of all evil.” Some people believe money is everything while others have learned it is not everything. Orman wants everyone to know “money is not more important than life.” While the world revolves around money, some people will put their life on the line for more cash. Think about your purchases; are you buying things of high value that you can’t afford? Are you saving? The financial decisions you make from purchases to savings says a lot about you in regards to money

When you are in debt, you may feel as though you are sinking, Orman says. Having debt doesn’t allow you “financial freedom.” If we take this principle and break it down, the lack of money you have can make you miserable. Think about how many times you were unhappy when your finances weren’t right. Orman says “When you have debt, you don’t have a financial voice”. This applies to those whose debt payments force them to live paycheck to paycheck. While debt may make you powerless, Orman wants you to know “The debt you have, does not define you”.

Who Will Teach Your Children About Money?

Orman asks, if you are not financially literate, how can you as a parent speak and teach money lessons to your children?

Lastly, Orman Advises: “Your Money Will Never Define You, You Define Your Money”

Suze Orman at The Apollo: Women and Money premiers on OWN on Monday, October 1 at 8 p.m. ET/PT

Angel is a Speaker, Author, Business Consultant & Award Winning Financial Educator with 10+ years in Corporate America in the areas of Finance & Technology. Angel is also the Founder of M~Suite, an online community focusing on Milestones, Motivation & Money alongside the Ballin' On A Budget themed content. Driven by a passion for Financial Literacy, Ms. Radcliffe works within communities to teach the strategies of Consumer Budgeting & Financial Management for Entrepreneurs. For more insights or guidance, follow online @MissRMBA or visit www.MissRMBA.com