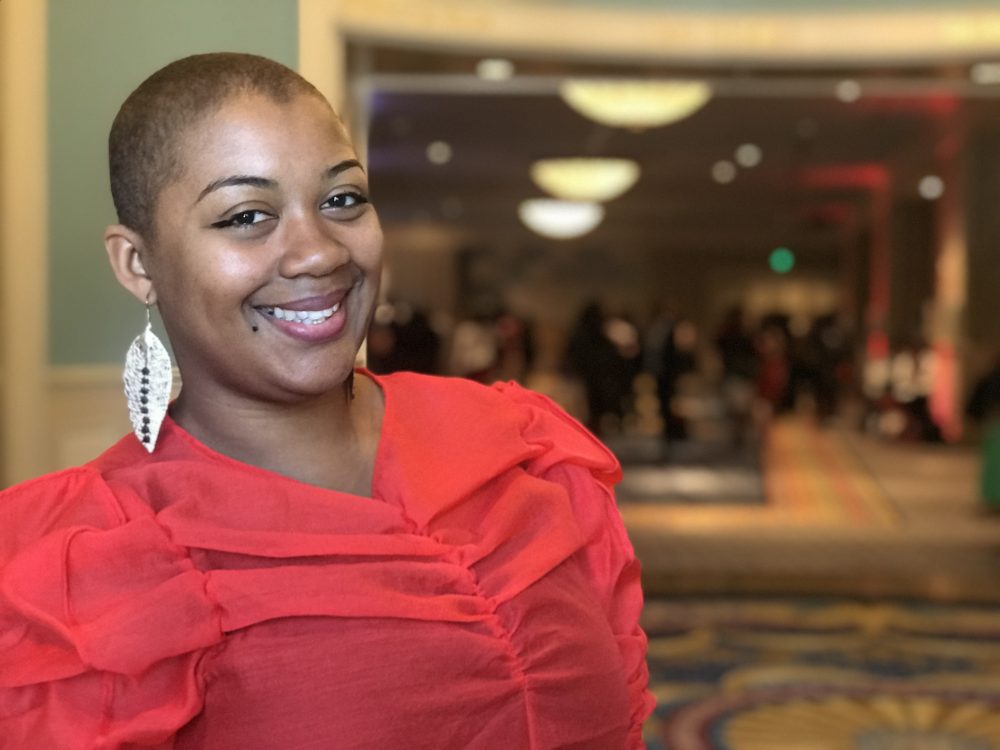 If you thought that day one and two of the 13th Annual Women of Power Summit was mind-blowing, day three will leave you speechless. For the second day in a row, women had the opportunity to start their day off with an early morning workout session presented by American Heart Association. Shortly after, Iyanla Vanzant, New York Times best-selling author and host of Iyanla: Fix My Life on OWN, opened the morning with powerful mediation and prayer as she helped women set their intentions for the day. The intimate conversation, presented by Toyota, left women feeling full. And, throughout her time on the main stage, she charged women to take care of themselves by minding their business.

“Take care of yourself, set your intentions, and don’t do more than what is required of you,” Vanzant told the women.

After Vanzant helped women set their intentions, the men of the hour Richelieu Dennis, founder and chairman of Essence Ventures, and Earl “Butch” Graves Jr., president & CEO of BLACK ENTERPRISE, followed up with an informative chat on business presented by Dell. Dennis spoke very candidly about how he grew the Sundial Brand and took it from the street corner of 125th Street in Harlem to major retailers around the world. And, of course, he shared about his power move of acquiring ESSENCE magazine.

“The only way that we’re ever going to control the economics in our community is if we monetize our culture,” said Dennis. Toward the middle of the chat, Michelle Ebanks, president of Essence Communications, joined in on the conversation as a surprise to the women. And women were excited about her appearance. When speaking about the journey to reclaim the essence of the magazine after being owned by Time Inc., Ebanks shared that it took a lot for ESSENCE to find the right buyer and that Essence Communications was the best fit. “Internally there was a relief. And externally, it was a big welcome home!”

After those two rich conversations, women learned how to manage with power and influence with Thasunda Duckett, CEO of Chase Consumer Banking at JPMorgan Chase & Co. and ARRP’s CEO Jo Ann Jenkins. In a host of powerful sessions, women also received tools and advice on how to take more radical risks, approach change with a bring-it mindset, and learned how to build a championship-level career.

Throughout the course of the day women were able to explore sponsored activations like the sensation suite hosted by Toyota; enjoy refreshments hosted by PepsiCo; stay connected with other women online and charge their phone at the power lounge present by AT&T and enjoy sponsor showcases.

During the power lunch, Susan Rice, former United States national security advisor and U.S. ambassador to the United Nations, joined Star Jones, attorney, advocate, and president of the Professional Diversity Network for a political conversation that gave women an inside look of what life for a black woman in the White House looked like. Ambassador Rice held no punches on her political views, the current administration, and the political climate. And, she didn’t leave the stage without speaking on behalf of women’s rights.

“Respect our intellect, respect our ideas, and don’t steal them and pretend they are yours. Respect our bodies and keep your hands to your damn selves. And, respect what we’re able to contribute,” said Ambassador Rice.

By the end of her conversation with Jones, it’s fair to say that women were ready to nominate her for president!

Later, during the lunch, women enjoyed the Fashion on Our Own Terms fashion show presented by Macy’s and hosted by E! News Correspondent and Style Expert Stacee Michelle. The show featured the latest and hottest pieces in fashion from business wear to swimwear. And, the ladies were in for more treats and surprises as Ava DuVernay sent a special heartfelt message to them and Disney gifted them with tickets to watch her new film A Wrinkle in Time. To top that off, lucky women in the crowd won vacation packages to the Bahamas and Dell computers.

And in the afternoon, women who wanted to learn how to crack the code on the tech sector without all of the technical skills received expert advice from black women leading at AT&T, Google, and Genentech. Women were also able to receive money makeovers hosted by Bank of America/Merrill Lynch and get one-on-one executive career coaching with some of the best career coaches from around the country, hosted by Google.

Later on, women filled the room to hear from Tina Knowles-Lawson, fashion designer, entrepreneur, and philanthropist, for a conversation on relevance and resiliency, presented by AARP.

During the conversation, she shared freely about motherhood, beauty, aging, and her journey to loving herself more each year. “At 58, I literally started my life over. I moved to a new city, I got a new man and I got a new car… I’m having the time of my life at 64!”

And that’s not all, Caroline Clarke was named Chief Brand Officer of Women of Power!

After three days of empowerment, laughter, inspiration, and celebration the 13th annual Women of Power Summit has come to a joyous end. Women capped the night with a trip to Disney’s Animal Kingdom, enjoyed a live performance of The Lion King, and the Pandora ride! And, it wouldn’t have been possible without all of the powerful women who joined us, our host of wonderful speakers, and all of our sponsors.

SEE ALL OF THE AMAZING PHOTOS AND THE LIVESTREAM: HERE