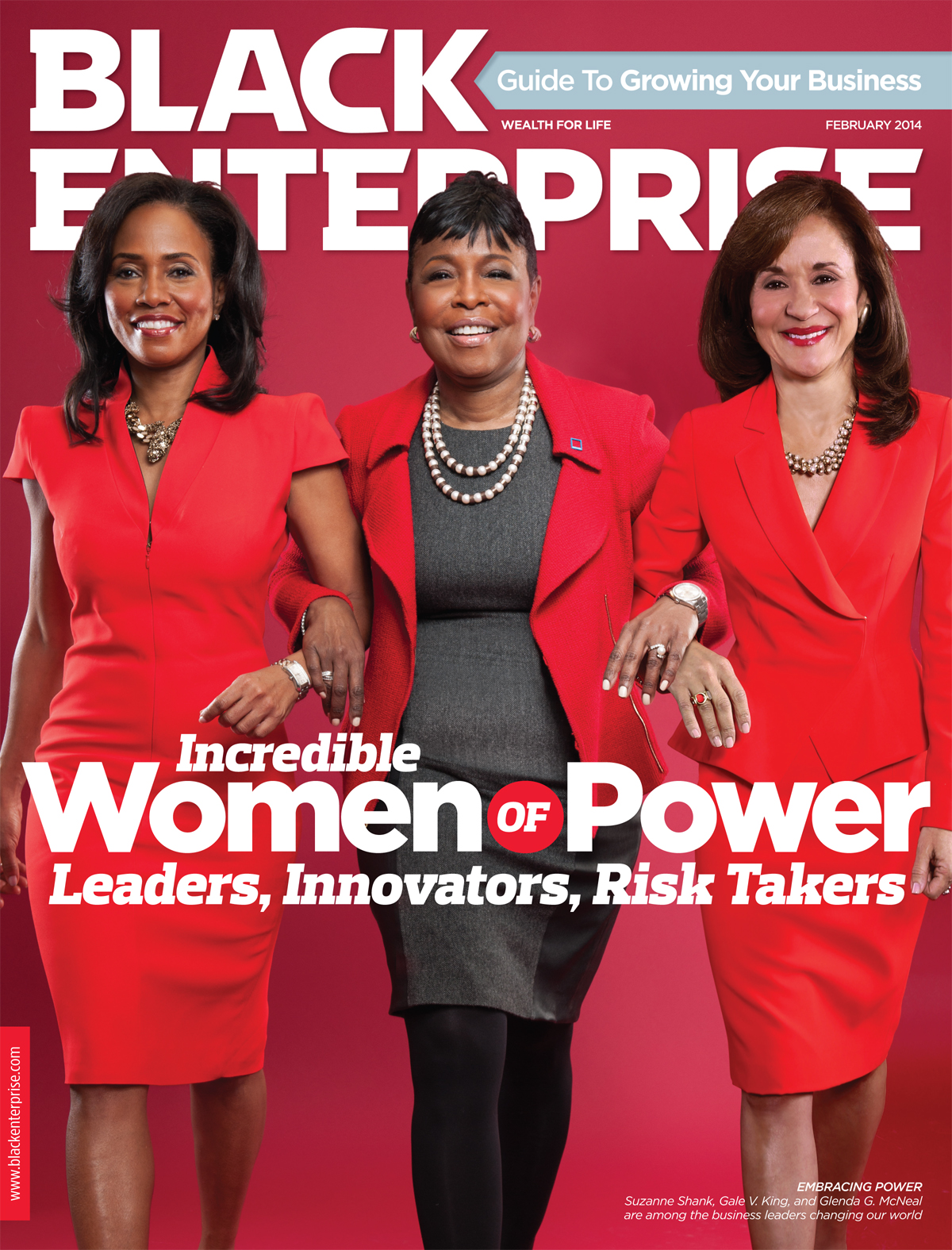 In less than two weeks, scores of female executives and entrepreneurs of color will gather at one of the most impactful business events of the year: our Women of Power Summit hosted by State Farm which will be heldÂ at the Boca Raton Resort & Club Feb. 26 -March 1.Â  As part of ourÂ focus to helpÂ our attendees – andÂ membersÂ of the BLACK ENTERPRISEÂ audience – reach new professional heights, we have developed a special package in our latest February issue tied to the conference theme , “Embrace Your Power -The Time is Now!”

In our multimedia package, we have highlighted more than 40 game changers – some you know, others you will discover – in a range of fields including business, government and philanthropy. In fact, some of these individuals have been posted on our site throughout this month. We have identified them as rebels, revolutionaries and rule breakers – a group of remarkable executives and entrepreneurs who reshape industries, build brands and redesign some of the world’s largest organizations. Their individual and collective efforts play a significant role in changing our world.

Our three cover subjects — Suzanne Shank, acting CEO of Siebert Financial Corp. and CEO of Siebert Brandford Shank & Co. L.L.C. (No. 2 in tax-exempt securities on the BE INVESTMENT BANKS list); Gale V. King, EVP & Chief Administrative Officer for Nationwide, the $22 billion property and casualty insurer; Glenda GoodlyÂ McNeal, EVP & General Manager, Global Client Group, Global Merchant Services for American Express, the $33.8 billion financial services giants. Read their profiles below written by Senior Content Producer Alan Hughes (Shank) and Editor-In-Chief Derek T. Dingle (King and McNeal).Â  After reading their profiles and the stories of others our content team have featured, we dare you not to be inspired by their groundbreaking achievements.

Last year, Shank was appointed acting CEO of Siebert Financial Corp., a publicly traded holding company. She also serves as vice chair, president and CEO of Siebert Brandford Shank & Co., L.L.C. since its inception in October 1996. She is a founder and co-owner of the firm which has, under her leadership, managed deals for state and local governments across the country totaling more than $800 billion.

“I took over mid- to late September, and most of my time has been focused on basic cost containment measures,â€ says Shank. “We took a hard look at the operations inside out and instituted a number of savings, consolidating some offices and some very technical things. We had a few consultants that I felt weren’t adding value.â€

Going forward, Shank looks to split her time between expanding Seibert Financial Corp. while addressing the challenges facing her municipal bond business, Seibert Brandford Shank. “We are working on some strategic initiatives going forward and my focus this year will be trying to expand the business,â€ she says. “We have about 40,000 retail accounts and they’re constantly looking for products. Those customers have about $7.2 billion in their accounts at the firm. They have money and they’re always looking to participate in the capital markets.â€

As executive vice president and chief administrative officer for Nationwide Insurance, Gale King’s role in fostering innovation and sharpening the competitive edge at the mammoth insurer is to “drive the people agenda for the organization.â€ A vital member of the senior leadership team, King works closely with CEO Stephen Rasmussen and manages an expansive portfolio focused on all aspects of talent management: Human resources strategy, compensation and benefits, associate and leadership development, succession management, organizational effectiveness, and diversity and inclusion. Recruitment and development of Nationwide’s workforce of 31,000 directly affects the bottom line as the company engages in fierce market share battles and tackles an environment driven by big data analytics and insatiable consumer demand for new products and services. King, who has worked at Nationwide since she graduated from college, champions a corporate culture that valuesÂ today’s talent and converts it into tomorrow’s top managers. As a result, she’s relentless about ensuring that associates are treated with respect and mentored by corporate leaders, who are not only measured on financial results but employee engagement and diversity. Moreover, she advocates inclusion within the employee, management and supplier ranks as well as within corporate activities because “our organization should reflect the markets that we serve. (Nationwide has been the title sponsor for the Black Enterprise Entrepreneurs Conference for the past two years.)

McNeal manages a division that serves AMEX’s largest global merchants with employees in 15 countries, in three regions, and who speak 19 different languages. She also manages AMEX’s most expansive and complex global relationships across a range of industries, including the airline, lodging, car rental, and Internet industries. Her charge to grow revenue andÂ capture market shareÂ has led to powerful strategic alliances with Jet Blue, Costco Wholesale and Walmart. “We are very focused on remaining competitive in a highly dynamic industry,” says McNeal, a 25-yearÂ AMEX veteran.Â “We consistently deliver great value to merchant partners by focusing on their objectives and delivering the right business solutions.” Her development and negotiations of these partnerships have taken her to more than 150 countries. “Some may not associate these types of partnerships with American Express.â€ Technology and social media play a big role. “We go out and talk with customers,â€ she says. “That’s the way we gain ideas and innovation.â€