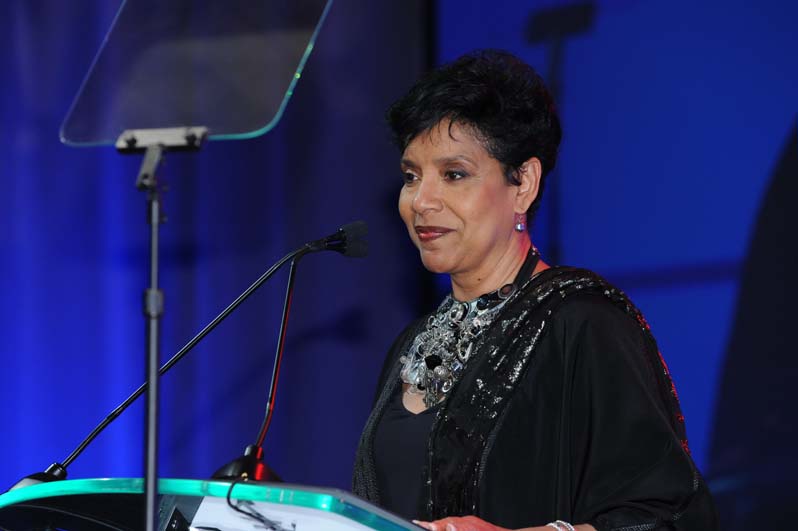 Phylicia Rashad at the 2017 Women of Power Summit (Black Enterprise)

Each year at the Black Enterprise Women of Power Summit, we honor the legacies of those history-making, trailblazing, prominent black women who have paved the way, in their respective lanes, for us to eagerly follow. This year is no different.

This year at the 2017 Women of Power Summit, we honor those who have made extraordinary names for themselves in media, entertainment, and business. We honor these women below.

Though many people affectionately recall Rashad for her role as Claire from the ’80s hit TV show, The Cosby Show, her career as an actress extends wider than that single hit. As an award-winning actress, Rashad also portrayed Ruth Lucas on Cosby. Currently, she has a recurring role as Diana Dubois on the hit Fox TV series Empire. She has also appeared on and off-Broadway as Violet Weston in August Osage County, Big Mama in Tennessee Williams’ Cat on a Hot Tin Roof, Aunt Ester in August Wilson’s Gem Of The Ocean, for which she received a Tony Award nomination, Queen Britannia in Shakespeare’s Cymbeline, Tarell Alvin McCraney’s Head of Passes where she played Shelah, and many more.

Rashad received both the Drama Desk and the Tony Award for Best Actress in a Play for her performance as Lena Younger in the Broadway revival of Lorraine Hansberry’s A Raisin in the Sun.

She is the recipient of a plethora of awards including several NAACP Image Awards, the 2016 Lucille Lortel Award for Outstanding Leading Actress in a Play, the BET Honors Theatrical Arts Award, Chicago Shakespeare Theatre’s Spirit of Shakespeare Award, and the Board of Directors of New York Women In Film and Television’s Muse Award for Outstanding Vision and Achievement.

She was inducted into the Theater Hall of Fame in 2016.

Though she just recently caught the attention of the younger generation with the Thanksgiving-themed rendition of her hit song, Hold My Mule, Pastor Shirley Caesar has been bringing congregations and audiences to their feet for decades.

An 11-time GRAMMY Awards winner, Caesar has made a name for herself as the reigning queen and first lady of gospel. Some of her most notable works include He’s Working It Out for You, Fill This House, Mother Emanuel, Survive This featuring Hezekiah Walker, and Prayer Changes Things.

Caesar has successfully recorded 40 albums, and in addition to her GRAMMY Awards, she’s received 14 Stellar Awards, 18 Dove Awards, an induction into the Gospel Hall of Fame, and she became a Hollywood Walk of Fame honoree for the class of 2016.

In addition to singing, Caesar has acted in movies, Why Do Fools Fall in Love, The Fighting Temptations, and The Unseen.

Pastor Caesar graduated from Shaw University with a Bachelor of Science degree in business administration.

Burns is the current chairman and former CEO of Xerox Corp. After joining Xerox as an intern in 1980, she later developed her career at the company and has held leadership posts spanning corporate services, manufacturing, and product development. Following 27 years with the company, she was named president of Xerox in 2007.

In 2009, Burns was appointed by President Barack Obama to help lead the White House national program on Science, Technology, Engineering and Math (STEM). She was appointed chair of the President’s Export Council in 2015 after serving as vice chair since 2010.

Burns has been listed on the most prominent lists, including Fortune and Forbes,Â as one of the world’s most powerful women. She is a board director of the American Express Co., Exxon Mobil Corp., and the Ford Foundation.

A media pioneer, Gillespie is a true trailblazer in the magazine industry having formerly served as editor-in-chief of two groundbreaking magazines, Essence and Ms., and president of Liberty Media for Women.

Much of Gillespie’s work focuses on black women and the African American community. Several of her articles are considered required reading. She is also the co-author of Maya Angelou: A Glorious Celebration.

A few of her many accolades include the Missouri Honor Medal for Distinguished Service in Journalism from the University of Missouri School of Journalism; Lifetime Achievement Awards from the New York chapter of the National Association of Black Journalists and New York Women in Communications, and a Doctor of Letters by her alma mater, Lake Forest College.

Gillespie is a visiting professor at SUNY Old Westbury College where she teaches writing for media and African Americans and the Mass Media.

To learn more about the Women of Power Summit, visit blackenterprise.com/events/women-of-power-summit. 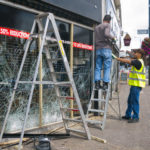