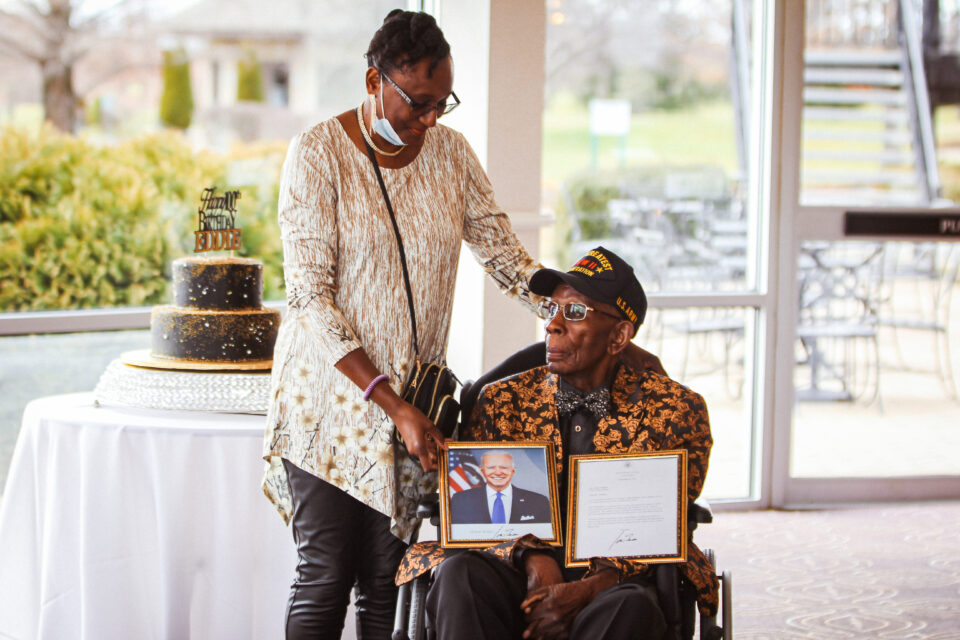 The Chicago resident was celebrated in a centennial celebration befitting a hero, according to information provided to BLACK ENTERPRISE.

Hundreds of people gathered to salute Durham, including local dignitaries and other veterans. Dr. W. Douglas Rasmussen III, Veterans Commission Chairman of Tinley Park gave remarks and there was a Presentation of Colors by VFW Post 2791. Durham also received a special recognition letter from President Joe Biden honoring him for his service during World War II and acknowledging his 100th birthday.

“Thank you for your inspiring service in the United States Army,” said President Biden in the letter. “The selflessness of veterans like you who answered our nation’s call to serve during World War II defines the true character of our great country.”

Like most war veterans, Durham endured some scary situations while serving his country in the states and overseas. Even though he had never driven before going into the Army, he drove a two and one half-ton truck to transport personnel and equipment. He went in convoy and blackout through the mountains while stationed in Italy. “We drove in the mountains in the dark, and I saw some of my friends drive off the cliff,” said Durham. “It seemed like their trucks just disappeared on the road.”

Eddie Durham also chronicled his time in World War II in his own written words. 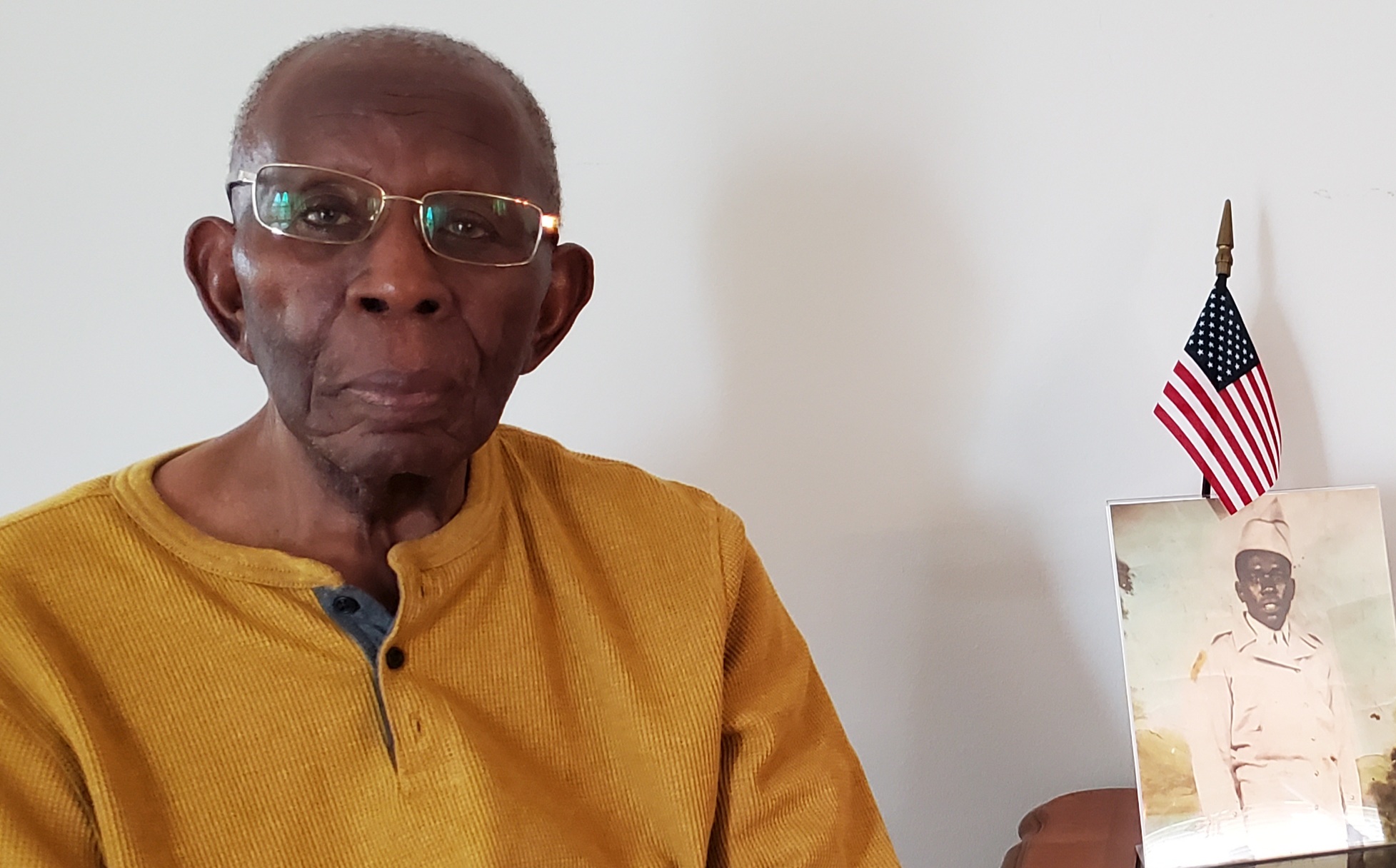 “I had the pleasure of meeting Eddie Durham on Veterans Day and I shook his hand. I felt like I was shaking hands with history,” said Walter Smith, Veterans Ministry Leader at Living Word Christian Center in Chicago.

Eddie says his secret to longevity is trusting in God. He has overcome many health obstacles. He survived a stroke. He survived pneumonia and many other challenges to reach this very rare centennial milestone. According to genealogyintime.com, just 0.0173% of Americans reach that age. The chances are even slimmer for African Americans. “He’s had a lot of things happen, but he just keeps going,” said his daughter, Gytone Glover. “He inspires me.”

A man of many milestones, he was married to Vernice Marie Whigham Durham for 50 years prior to her death. They had five children, two of which are deceased, and a legacy of grandchildren and great-grandchildren.

“My father has created a great legacy, even beyond his service in the war,” said Eddie’s son, Skip Durham. “My dad is my role model. He has always lived by example. That example taught me how to be a husband and father and I am passing those values on to my children who are passing it on to their children and so forth.”