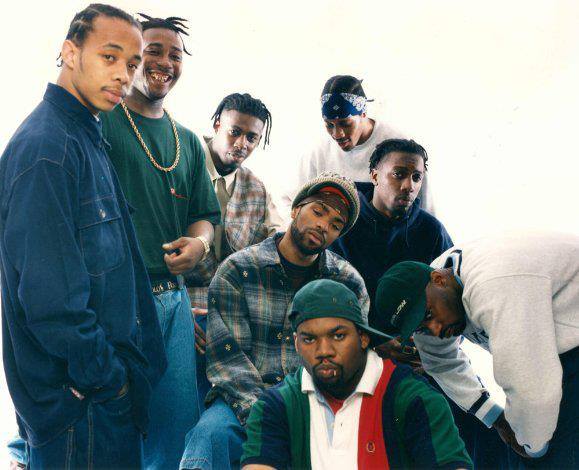 After creating the “cash rules everything around me” mantra, multiple classic hip-hop albums, and a blueprint for turning gritty street rap into mainstream success, the Wu-Tang Clan is giving the world lipstick.

The legendary rap group teamed up with Milk Makeup to launch their own lipstick line. The limited-edition collection is 100% vegan and comes in eight colors. Just like the hip-hop group, the lip colors are heavily inspired by Chinese culture—from its core ingredients to its package designs—to each of their names: Sacred, Fire, Chi, Flow, Frequency, Source, Cypher, and Ruckus, a reference to the I Ching Trigrams:

Although the collaboration may seem odd for the hardcore rappers, Wu-Tang’s RZA said it made sense since Milk Makeup founder Mazdack Rassi is a fellow New Yorker with whom he shares a lot of commonalities. He added that his wife, former Ford Model Agency model Talani Rabb-Diggs, loved the line idea and helped bring it into fruition.

“I have a great relationship with Milk’s founder, Rassi, and as New Yorkers, we’ve frequented some of the same circles,” RZA told Billboard. “We spoke about fashion and the cosmetic world and I revealed that my wife has a cool perspective about makeup [because] in her youth, she was in the modeling circles. She is a fan of Milk Makeup’s products and when [Rassi and I] talked about forming a collaboration that reflected our NYC sensibility and philosophy, makeup became the unique and unpredictable choice. The Milk Makeup collaboration was spearheaded by my wife.”

“In previous generations, the feminine energy has been dampened by the world. But now, women’s strength, beauty, and wisdom is finally being celebrated,” said RZA, according to The National. “Warriors come in all forms, but right now women are the modern warriors, unapologetic in their strength and speaking out about things they’ve held in or feared they’d be shunned for, on both a personal and political level.”

The collection is sold exclusively on MilkMakeup.com for $440 or $55 for each lip color.

On Thursday, Wu-Tang held an event to celebrate the 25th anniversary of their iconic debut album, Enter the Wu-Tang (36 Chambers), with the premiere of a short documentary titled, For the Children: 25 Years of Enter the Wu-Tang (36 Chambers). In the film, the Staten Island-born rappers reflect on their journey from the early days of their careers to ascending to hip-hop icons. A$AP Rocky, A$AP Ferg, and Gary Vaynerchuck also make appearances in the film.

At the film’s debut in Brooklyn, RZA announced Nov. 9 as “Wu-Tang Day” to commemorate the release of the groundbreaking album on Nov. 9, 1993. “Tomorrow, Staten Island, New York, is going to recognize Nov. 9 as the official Wu-Tang Clan day,” he declared.