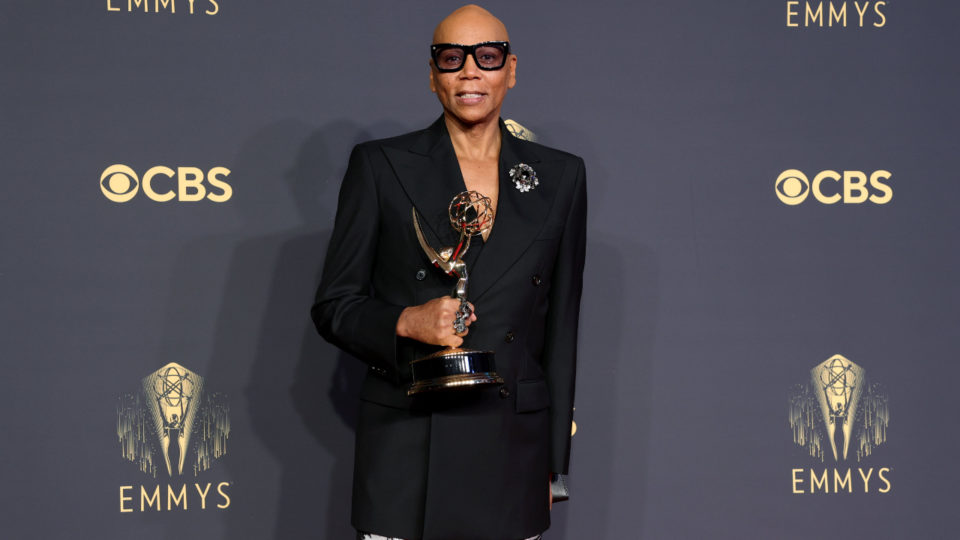 The latest Emmy Awards has created yet another controversy when it comes to diversity when, in a not too surprising move, only white actors won all 12 lead and supporting acting categories with shows like The Crown and Ted Lasso sweeping the award show.

But, the one saving grace for the awards show this year is that one Black actor did make history by receiving an award over the weekend.

According to Entertainment Weekly, RuPaul, who won his 11th career trophy Sunday night became the most-awarded Black artist in the history of the Emmys. RuPaul, who is the executive producer of RuPaul’s Drag Race, was given the Emmy Award for the work he has done on RuPaul’s Drag Race season 13.

Herstory in the making! 💕👑

Condragulations to our very own Supermodel of the World @RuPaul on becoming the most awarded person of color in #Emmys history! 😍 #DragRace pic.twitter.com/uurpcUBjST

RuPaul won this Emmy as an executive producer of RuPaul’s Drag Race, which won Outstanding Competition Program, beating out the other shows nominated Nailed It, The Amazing Race, The Voice, and Top Chef.

“Thanks to all of our lovely children on our show, from around the world. They are so gracious to tell their stories of courage and how to navigate this difficult life, even more difficult today. This is for you,” RuPaul said when accepting the award on stage alongside Michelle Visage and Drag Race season 13 queens Symone and Gottmik.

Last weekend, by winning at the Creative Arts Emmys, RuPaul tied cinematographer Donald A. Morgan‘s record when he added two more awards to his record-breaking tally: one as a producer on the RuPaul’s Drag Race Untucked docuseries, and the other for Outstanding Host for a Reality or Competition Program on the main Drag Race contest. RuPaul has won the Outstanding Host Award a record six consecutive times.