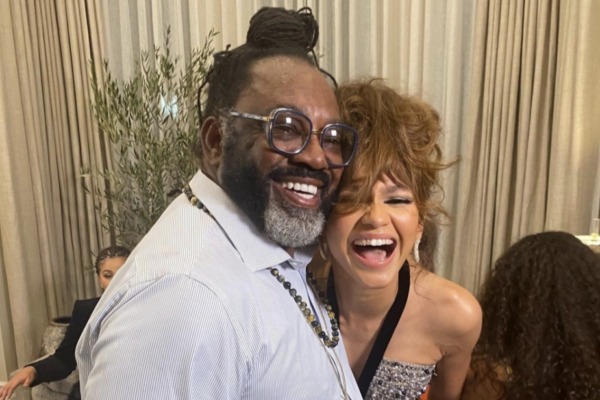 Zendaya‘s father, Kazembe Ajamu, is calling out Hollywood for how the industry has seemingly “shunned” the Black fathers of successful daughters.

Taking to Instagram, Ajamu posted a screenshot of an E! News article on Monday that showed a glam shot of his daughter and a direct quote from her. “I have standards I don’t plan on lowering for anybody… Including myself,” Zendaya said.

“Black fathers are too often shunned for having successful daughters in Hollywood, Mathew Knowles, King Richard and Kazembe Ajamu,” Ajamu captioned his post.

He made sure to include Knowles, the father of Grammy-winning daughters, Beyoncé and Solange, and Williams, whose recent biopic on coaching his daughters Venus and Serena into becoming tennis champions helped Will Smith earn his first Golden Globe for Best Actor.

The screenshot was taken from Ajamu’s Instagram Story where the father vented some more.

“Ladies, you not her yo pops @kazembeajamu,” he wrote over the photo of his daughter. “They gon have to understand you was and behind this amazing soul. They like the idea but don’t wanna put in that pain aka work.”

Many took to Ajamu’s comments to express their support while others shared their mixed reviews.

“You’re apart [sic] of something legendary, if it wasn’t for you we wouldn’t have your daughter,” one fan said while applauding Zendaya. “She wouldn’t be my biggest inspiration esp with both of us being the same age. so thank you so much for that.”

“Sir, with all respect, you are publicly a much better father than Mathew Knowles,” the user wrote. “He wasn’t shunned for his daughter being successful but for his own indiscretions.”

“We applaud you sir and Richard just not Matthew, he did Tina wrong,” added someone else.